In midst of threats and controversies: success of KPL’s inaugural edition

In midst of threats and controversies: success of KPL’s inaugural edition

The inaugural edition of the Kashmir Premier League (KPL) came to a grand conclusion on August 17 in a high-intensity final between the Rawalakot Hawks and the home team Muzaffarabad Tigers.

The match received hundreds of thousands of views on different platforms and was a major hit in terms of appreciation from the locals.

Even though the tournament was a success on the field, it faced numerous obstacles starting from the very beginning when it was officially announced.

Kashmir remains a flashpoint between two nuclear-armed neighbours—India and Pakistan—for the most part of the last seven decades.

The beautiful valley is located in the northern region of the subcontinent.

There have been at least three large- or small-scale wars—1948, 1965 and 1999—fought between India and Pakistan where the focal point was Kashmir.

Both countries have a significant chunk of the region under their control whereas China also claims some parts of the area including the Aksai Chin and Tibet.

In 2019, the tension between the neighbours reached the boiling point when India unilaterally changed the status of the occupied Jammu and Kashmir to a union territory.

The story of KPL started back in December 2020 when the Chairperson of the Parliamentary Special Committee on Kashmir Shehryar Khan Afridi announced the foundation of the tournament.

In that very ceremony, he had also announced that the President of Azad Kashmir Masood Khan would be the Chief Patron of the league.

The basic purpose of the league was to promote cricket in Azad Kashmir and all 19 matches were organised in Muzaffarabad, which could host 18,000 people in the stands. 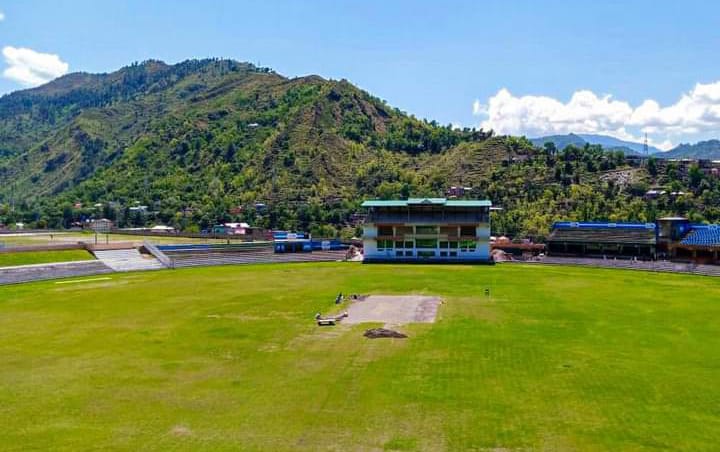 It was mandatory for every franchise to include at least two Kashmir-based players—one local and one foreign—in the playing XI of each match.

From the very start till the time it concluded, KPL faced various challenges and it managed to overcome nearly all of them.

The first major obstacle was to get the league’s approval from the Pakistan Cricket Board (PCB).

Once that was cleared, the league failed to attract any notable international players for a spot in the squad and the only ones who were willing to come were individuals who had either retired or at the very end of their respective careers including the likes of former Sri Lanka’s all-rounder Tilakaratne Dilshan, former South Africa’s opening batter Herschelle Gibbs and former England’s left-arm spinner Monty Panesar.

However, once franchises managed to draft those players, the biggest obstacle arrived in the face of threats from the Board of Control for Cricket in India (BCCI).

As per multiple reports, BCCI sent an email to different boards, asking them to stop their players from participating in the league or else they will not be allowed to work on any cricket-related projects in India.

That development was confirmed by a BCCI official while talking to ESPNCricinfo that it was well within their rights to raise objection on the event as according to them, it was organised on a ‘disputed land’.

The BCCI’s threats did not go down well with the PCB who released an official statement, criticising the behaviour of the cricket governing body in India.

“The PCB believes the BCCI has once again breached international norms and the spirit of the gentleman’s game by interfering in internal affairs of the ICC members as the KPL has been approved by the PCB,” the PCB statement read.

“The PCB considers that the BCCI has brought the game into disrepute by issuing warnings to multiple ICC members to stop their retired cricketers from featuring in the Kashmir Premier League, further threatening they will not be allowed entry into India for cricket-related work.

“Such conduct from the BCCI is completely unacceptable, against the preamble of the Spirit of Cricket and sets a dangerous precedent, which can neither be tolerated nor ignored,” the statement added.

Those developments impacted the tournament as no foreign players, except Gibbs, managed to take part in the competition but despite that, the KPL management decided to move forward.

Another setback for the KPL was that the PCB, at the very last moment, refused to allow its centrally contracted players from participating in the competition.

The PCB feared that the players would burn out ahead of a packed domestic and international season which includes the National T20 Cup, Quaid-e-Azam Trophy, Pakistan One-Day Cup, Pakistan Super League, bilateral series against New Zealand, England, West Indies and Australia and the International Cricket Council (ICC) T20 World Cup as well, which is set to be played in the United Arab Emirates and Oman in October and November later this year.

Due to this reason, the likes of left-handed opening batsman Fakhar Zaman, all-rounder Shadab Khan and right-arm leggie Usman Qadir did not feature in the competition.

Once the tournament started, the organisers faced serious logistical issues which included the lack of accommodation facilities available for the teams, owners and the broadcasting crew.

Another obstacle in the way was crowd management which authorities hardly had to face anytime before.

In the first couple of matches, the SOPs regarding Covid-19 were ignored but as the tournament progressed, the authorities did manage to control the metter to some extent.

The last obstacle for the administration was their efforts to keep the sport separate from politics.

The slogan of the league—Khelo Azadi Se—is a powerful one that had all the potential to be used as a soft image moving forward.

However, the political class failed to understand the significance of the event and hence the authorities’ effort to keep the sports away from the politics was not achieved as speeches during the opening, closing and the ceremony on August 14 left much to be desired.

The inaugural edition of the KPL was an absolute success, in terms of what happened on the field.

The standard of the cricket, barring fielding lapses, was extremely competitive and most of the matches went all the way down to the wire, which included the final where Hawks managed to defend 10 runs off the final over, courtesy of some brilliant bowling performance from veteran left-arm spinner Asif Afridi.

Due to the quality of cricket played in the tournament, it received more than four million views on the streaming services and millions watched the event live on television as well.

In the majority of the matches, only 25% of the crowd was allowed due to the coronavirus situation but the final was a jam-packed event where spectators were sitting on the top of their roofs and high-altitude roads to witness the action. 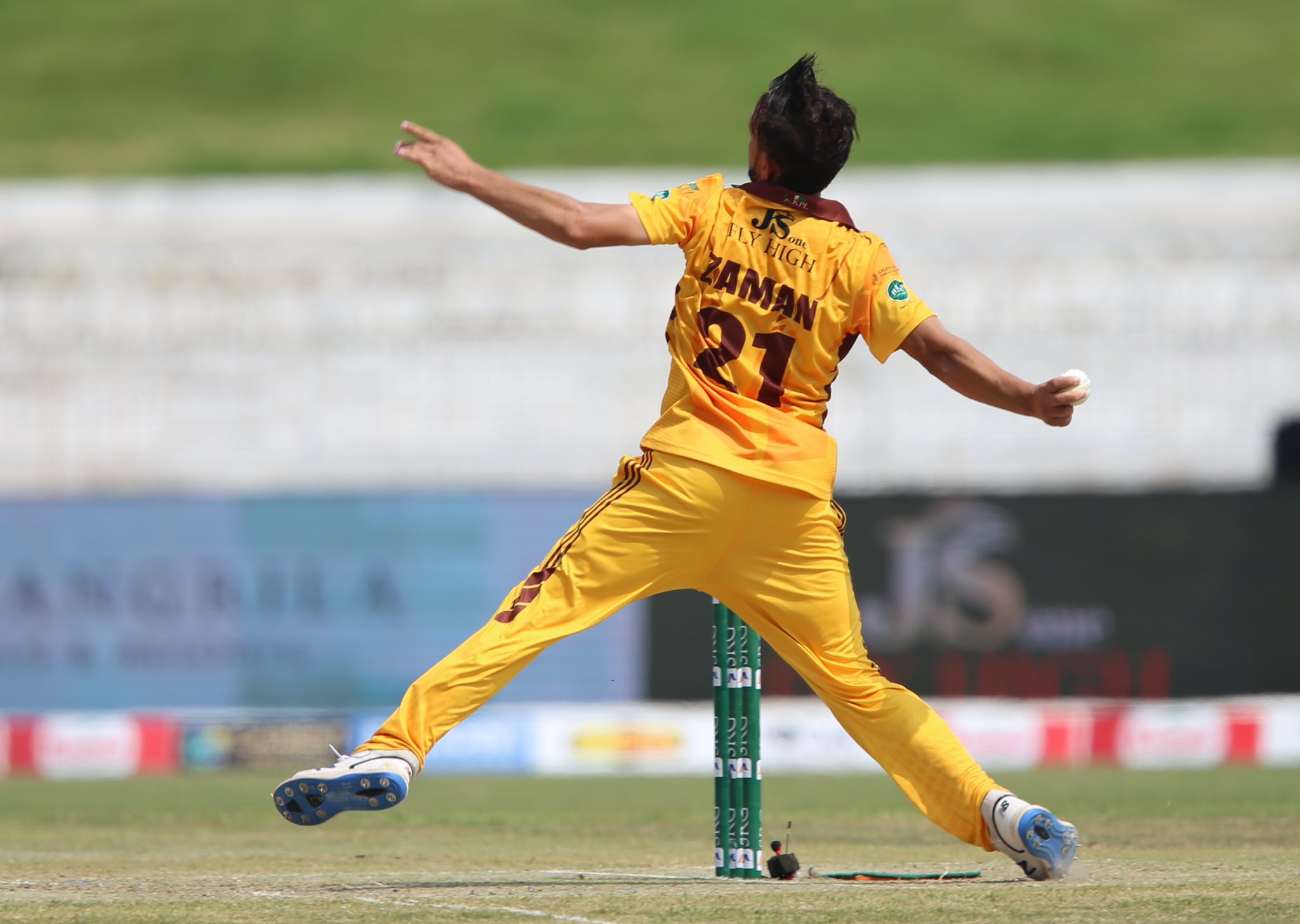 The surfaces produced for the competition remained true throughout—much to the credit of the ground’s men—and in total, 609 fours and 298 sixes were smashed in just 18 matches.

Since the motive of the tournament was to ensure that young players from Kashmir showcase their talent at the highest level, the KPL managed to successfully achieve that.

The likes of pacers Zaman Khan, Salman Irshad, Shadab Majeed and right-handed batsman Kashif Ali were the few names who managed to lit the tournament with their outstanding performances.

The tournament was also a reminder for the PCB as well that it is high time they move tournaments from the normal venues and start organising events at places such as Muzaffarabad where the public is hungry for some high-profile sporting activities.

After getting disappointed from New Zealand by withdrawing their series on the...