Facebook officially rolled out on Friday its dark mode for the desktop users, the majority of people will now have access to the new mode.

Facebook officially announced this in last year’s F8 conference. Users now can opt in to turn on redesign before it becomes the default for everyone later this year.

How to Activate Dark Mode on Desktop

IF you want to switch on the new mode, simply go to Facebook.com. 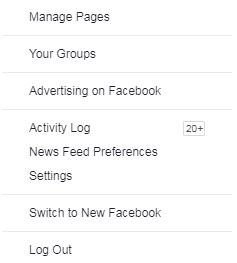 If you want to disable the new feature, you can click switch to classic Facebook option from the settings menu. 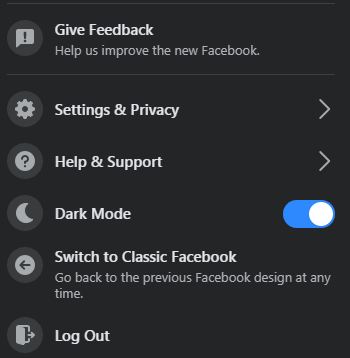 The new desktop redesign offers streamlined navigation through tabs for Groups, Marketplace, Watch and more atop the home screen.

The home page and transitions also load more quickly. Larger fonts and more sensible layouts make getting around easier on the eyes.

Its great to know Facebook also making it faster to create Events, Pages, Groups and ads. 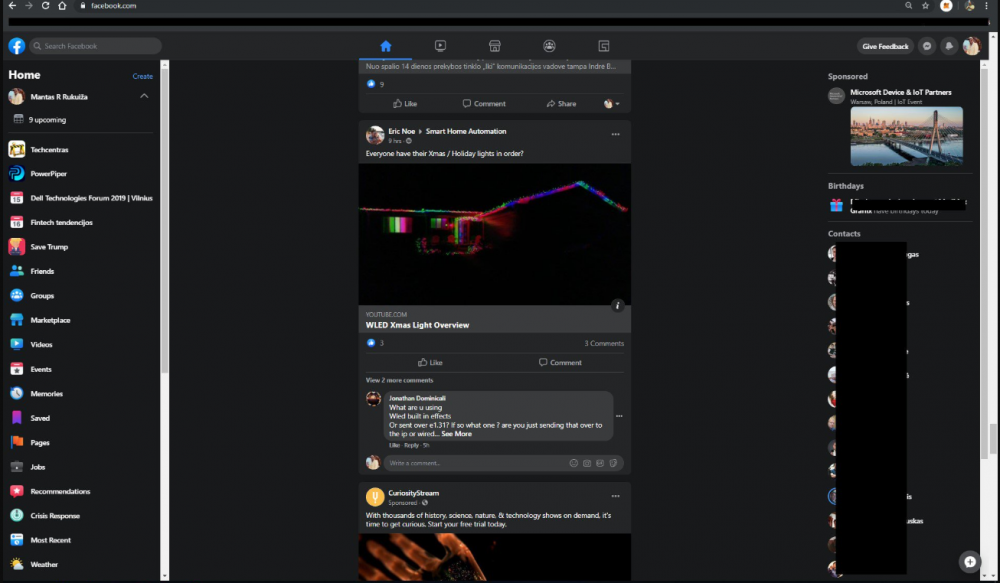 You’ll actually be able to see a preview of what these things look like on mobile before you share them.

Most noticeably, Facebook’s new design brings dark mode, which can toggled on and off through a switch in the Settings drop-down menu. 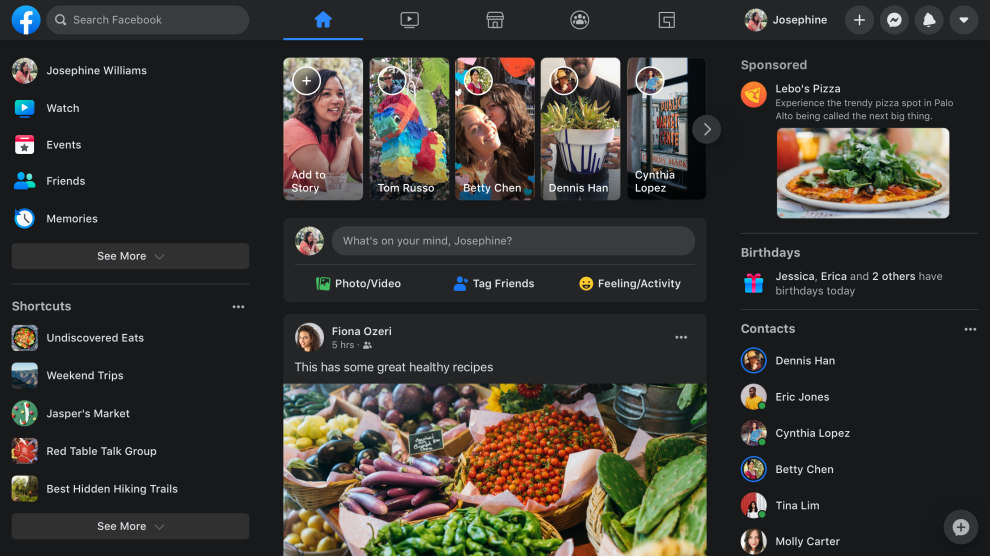 It’s designed to minimize screen glare while maintaining contrast so you don’t blast your eyes with a white background while in a dim room.

Earlier Dark mode is all the rage these days and it relaxes the eyes, saves battery on certain displays and just looks a lot nicer than the light mode we’ve been using for ages.

More and more apps have started adopting dark mode, even Facebook’s own Instagram and WhatsApp.

Facebook, however, has decided to tease the launch of this useful mode for its Lite app before the full app.

For those unfamiliar, Facebook Lite is the company’s attempt at a Lite application that does most of the stuff its main counterpart does, but it saves power and most-importantly, data.

Some mid-range and lower-end smartphones struggle to run the main Facebook app.

But, the Lite version was a nice replacement as it ran on almost every smartphone.

No one was expecting the Lite app to get dark mode before the main app but, as spotted by WABetaInfo.

Some users started receiving the new version of the Facebook Lite app that adds a toggle in the Settings panel from where you can turn on dark mode.

The dark mode enables throughout the app and is nicely implemented.

It’s a dark grey color as with other apps, and not a true black.

AMOLED panels may not be able to take full advantage of this, but still, it should provide some power savings.

Even with the advantage of dark mode on the Lite app, most people will still stick to the main app as the Lite doesn’t offer the same experience.

There are no animations, the UI is a bit basic, and it just doesn’t feel as good as the main app.

Moreover, the dark mode on the Lite app seems to be a server-side change.

This basically means that not everyone will be lucky enough to try out the dark mode immediately.

You can override the mode for the main and Lite app through the developer options on Android 10.

But, it’s not stable and the UI on both apps isn’t clean with the force dark mode option.

June 21 (today) will be the longest day and the shortest night...

Electric air racing has just taken a big step forward. According to...

Connect Your iPhone to This Wifi Network at Your Own Risk