A Japanese University has organized a convocation ceremony and has awarded degrees to the students, meanwhile maintaining social distance. But How?

Educational institutes have been closed amid coronavirus outbreak and several students are studying online to get their course completed.

People are socially-distant these days amid coronavirus outbreak. Several institutes have canceled or postponed curricular and other activities, including convocation ceremonies. 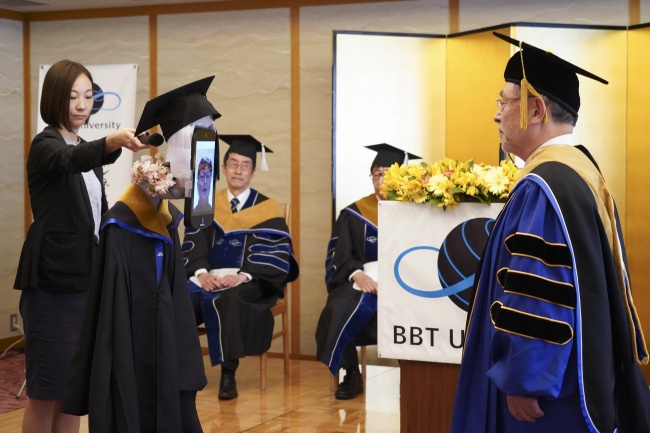 The Business Breakthrough (BBT University) organized a graduation ceremony on March 28 at the Hotel Grand Palace in Chiyoda, Tokyo. Students attended the ceremony through the Zoom video conference app. They piloted robots to take the certificates.

The robots named ‘Newme’ contained controllable hands to accept the degrees and certificates. Surprisingly, all these robots had been dressed in graduation gown as per the occasion. 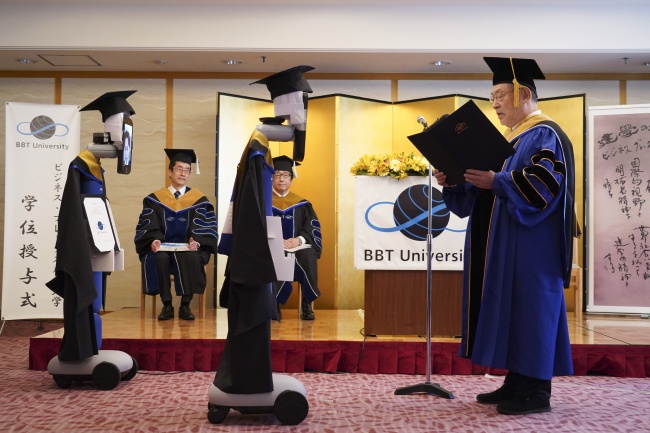 Remember the guy who sent a drone to a girl living nearby during self-isolation? He has finally met the girl while protecting her!

The Brooklyn-based photographer claims to have wooed a woman through drone during self-isolation.

Jeremy Cohen recently uploaded a video on social media platforms. He explained in the video that he first saw a woman from his apartment living nearby. The girl was dancing on her rooftop. As he could not talk to her directly due to self-isolation, he sent his phone number through a drone to her.  Surprisingly, Cohen said that she contacted him soon.

Jeremy Cohen claims that he has gone on a “first date” with the girl. Meanwhile, he also maintained social distance because of the coronavirus pandemic. He took her on a video call and the girl also set the table on the rooftop.

The Sindh government has decided to make COVID-19 test mandatory for all...

Microsoft co-founder Bill Gates has denied conspiracy theories that he is using...

Oil marketing companies have submitted a reply to the Oil and Gas...

When will Strawberry Moon appear in Pakistan?

The next lunar eclipse around the world will be observed on June...

After Twitter, Snapchat’s decision against the US President Trump

A court in the eastern Chinese province of Jiangsu has sentenced a...

The Sindh government has decided to make COVID-19 test mandatory for all...