Amazon-owned Ring is preparing its first smart light bulb. Ring is branching out from its usual doorbells and security cameras to produce truly connected lighting.

According to the details, Amazon-owned firm is prepping a Bluetooth-capable light bulb. It appears to be a floodlight that would complement Ring’s existing security systems. 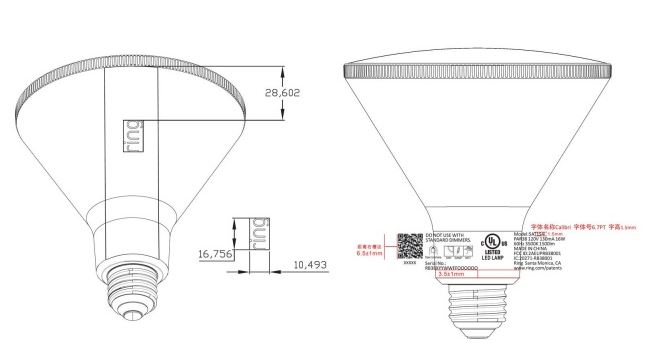 It’s not clear when Ring’s bulb might arrive. CES 2020 is around the corner in January, but there are no guarantees Ring and Amazon will launch then. Whenever it arrives, it’ll be a good news for those who want to catch the thieves and those violating security.

Amazon Bans Facial Recognition Software For Police In US

Earlier, Amazon has banned the police from using its controversial facial recognition software for a year amid a growing backlash over the tech company’s ties to law enforcement.

According to the details, the ban comes after civil rights advocates raised concerns about potential racial bias in surveillance technology.

The decisions follow growing pressure on firms to respond to the death of George Floyd in police custody.

The company has recently stated its support for the Black Lives Matter movement, which advocates for police reform – using the micro-blogging site Twitter to call for an end to “the inequitable and brutal treatment of black people” in the US.

Amazon said the suspension of law enforcement use of its Recognition software was to give US lawmakers the opportunity to enact a bill to regulate how the technology is employed.

KARACHI: The construction activities are likely to come under pressure, as the...

KARACHI: The equity market closed in the green zone on Thursday, despite...

KARACHI: The construction activities are likely to come under pressure, as the...

KARACHI: The equity market closed in the green zone on Thursday, despite...