The company has recently been spotted testing a new YouTube Share Menu. It basically pops-up when you want to send a link to a video via the YouTube app.

Notably, the current update will allow you to send video links via all supported apps. In fact, it also includes options like copy-link, Bluetooth, and Nearby Share.

While others have reported seeing one or two of the supported apps along with the copy-link, Bluetooth, and Nearby Share options.

On Wednesday, YouTube said that it would remove all the videos from...

Before you hop onto your phone and check for this new share menu, note that this is showing up for some users. Moreover, it has been triggered via a server-side update.

Te testing is being done with a small number of people. Whatever it may be, the reduction of share menu options seems an unintentional change.

If you have received this server-side update and you don’t like the new share menu, then you can always switch back to the old version from sources like APK Mirror.

The new share sheet has been widely derided because of the fact that people are saying that it has made that app a lot worse rather than before. 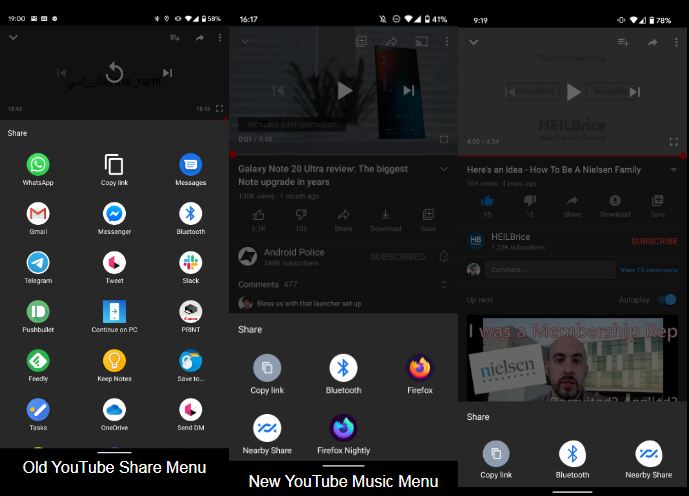