In order to prevent Twitter users from slipping to Instagram, the social media platform has come up with new features.

The Twitter update is still in the trial phase. Currently, users are actively using a feature called ‘Fleets’.

When the social media platform has an account blocking you, it automatically helps you cut off interaction with that person. With the update of automatic blocking, it completely eliminates the possibility of encountering disabled accounts with interactions such as Twitter rt.

Mobile developer Alessandro Paluzzi leaked the future of different features. A new feature is coming for those who use Twitter on their mobiles. Videos can no longer be played automatically while streaming Twitter. 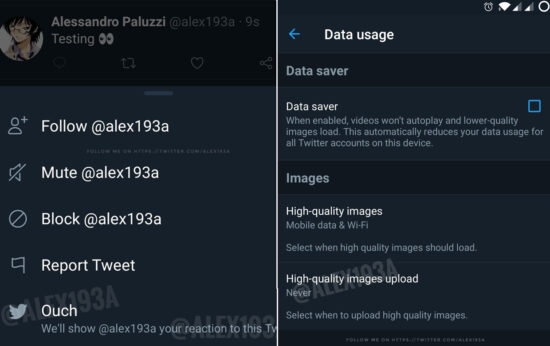 According to leaked information, apart from favorite and rt, Twitter is working on a kind of like button. This new feature, similar to the favorite, is called ouch and it will allow users to mark the posts they like the most.

These features are still in the testing phase and when they will be implemented hasn’t been disclosed.

POTUS account to be handed to Biden on inauguration day

US media reports Twitter will hand over control of the presidential @POTUS...

The state of Kuwait has allowed the stranded students, living in other...

Oman Gives Approval For Emergency Use Sputnik V And Sinovac

Oman grants emergency authorization for the use of Russia’s Sputnik V and...