Like its predecessor, Apple’s latest iPhone can handle a great deal more. Both of the iPhone 11 models far exceed the official rating, surviving a 39-foot dive in salt water in Monterey Bay, California. 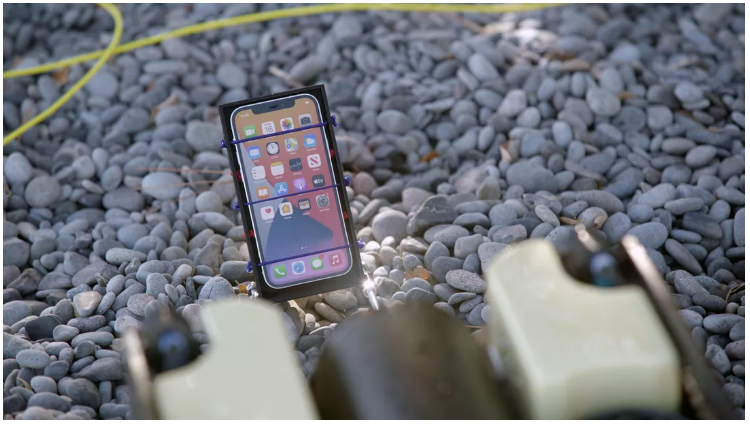 Once the 30 minutes were up, the phone was pulled out of the water and was dried off with a cloth. Then it was tested out to see if the phone was working.

The touchscreen was fine and the volume rocker worked as expected. All three cameras (front, ultrawide and wide) looked clear with no fogging and the photos looked normal. A voice memo recorded before dunking the phone sounded a little muffled in comparison, but it’s hard to tell whether that would’ve improved after letting it dry out longer. Apple’s support page suggests placing the iPhone’s base and Lightning connector in front of a fan to help the drying process. 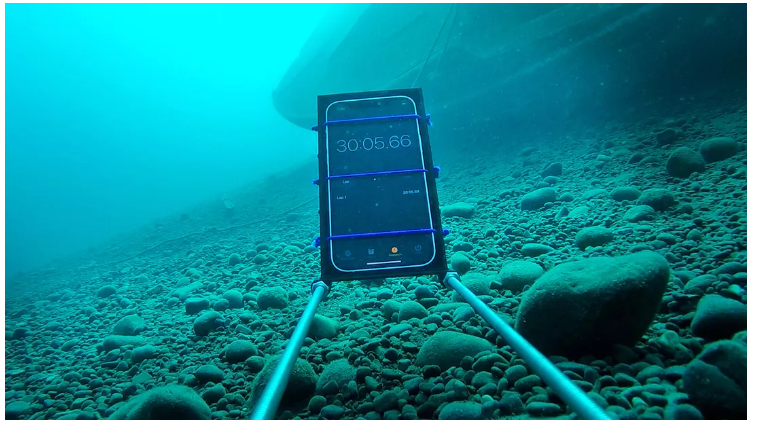 With the iPhone 12 working as normal, the drone wasready for its second dive in Lake Tahoe. This time the phone was taken to an extreme depth.

The drone was pulled out of the water after 40 minutes and it ran through the same tests once more.

Surprisingly, everything worked as normal. The screen was responsive, the volume and power buttons worked, and the two cameras were in working order as well. The speaker still sounded muffled when playing back the voice memo, but it was still audible.

The iPhone 12 was left to dry out completely for a few days.

After letting it dry out for 72 hours, one final test was done to see if there had been any long-term damage as a result of underwater testing.

The phone itself was completely dry, but its three lenses — the ultrawide and wide-angle on the back, as well as the front camera — had developed some fogging.

At this point the battery had also completely drained, so the phone was left to juice up for a while via the Lightning port before powering it back on. The iPhone 12’s screen showed a Diagnostics prompt. After trying to get through the Diagnostics prompt a few times, the iPhone 12 was plugged into a MacBook to see if the device could be reset. It worked but still couldn’t get past the Diagnostics screens.

While we have no way of knowing exactly what caused this error to happen, it may have been lingering water damage, the shift in temperature between the cold water of Lake Tahoe to an indoor environment, or a combination of both.

Apple iPhone 12: What you need to know before you buy?

4 Ways to make your nails strong and beautiful

We often tend to overlook the health of our nails. Nails that...

Bollywood playback singer Shreya Ghoshal has shared an adorable picture of her, with baby...