A mysterious aquatic reptile has been discovered in a Late Jurassic deep marine deposit along the English Channel coastline in Dorset, England. The sea dragon is believed to be the new species of ichthyosaurs.

Ichthyosaurs were streamlined marine predators from the Late Jurassic period. They are capable of diving deeply.

The well-preserved specimen was originally was discovered in 2009 by fossil collector Steve Etches MBE after a cliff crumbled along the seaside. It is estimated to have been about 6 feet long. The specimen has been housed in The Etches Collection Museum of Jurassic Marine Life in Kimmeridge, Dorset.

Paleontologist Megan L. Jacobs said, “This ichthyosaur has several differences that make it unique enough to be its genus and species. New Late Jurassic ichthyosaurs in the United Kingdom are extremely rare, as these creatures have been studied for 200 years. We knew it was new almost instantly, but it took about a year to make thorough comparisons with all other Late Jurassic ichthyosaurs to make certain our instincts were correct. It was very exciting not to be able to find a match.” 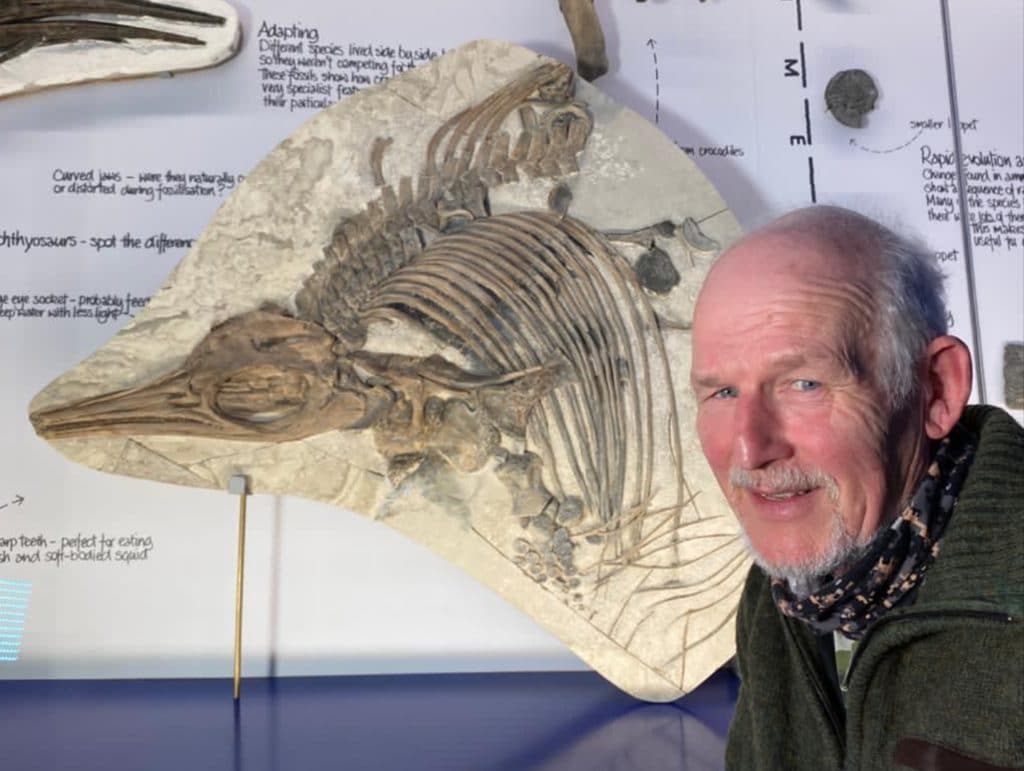 The recently discovered animal has an extremely deep rib cage which means bigger lungs, allowing to hold their breath for extended periods. It also has large eyes so that it could see well in low light. Given its comparatively small flippers, it may have swum with a distinctive style from other ichthyosaurs.

Jacobs said, “All other ichthyosaurs have larger teeth with prominent striated ridges on them, so we knew pretty much straight away this animal was different.”

According to Jacobs, the specimen might have died due to its old age or attack by predators.

Jacob said, “The seafloor at the time would have been incredibly soft, even soupy, which allowed it to nose-dive into the mud and be half-buried. The back end didn’t sink into the mud, so it was left exposed to decay and scavengers, which came along and ate the tail end. Being encased in that limestone layer allowed for exceptional preservation, including some preserved internal organs and ossified ligaments of the vertebral column.”

Marine pollution has tarnished the beauty of the Karachi coast, beaches around...

The future is now: Travel Anywhere Anytime with a cordless Hair Dryer

It’s time to free yourself from both 2020, and also from tangled...

Cars 2021: What are the costs of the Lamborghini cars?

Lamborghini the world’s most popular car brand is known for manufacturing some...

Samsung heir Lee Jae Yong has been sentenced to two-and-a-half years in...

WhatsApp starts ad campaign to stop migration of its users

WhastApp is going to start ad campaign to retain its users back,...