Facebook-owned messaging application WhatsApp is here again with the latest update for its users with a brand new sticker pack.

WhatsApp has submitted a brand new replace via the Google Play Beta Programme — bringing the model as much as 2.21.2.10.

According to WABetaInfo, via the brand new replace, customers will probably be getting a brand new sticker pack, it mentioned, noting that the title of the pack is “Sumikkogurashi”.

WABetaInfo mentioned that the brand new sticker pack would roll out right now. 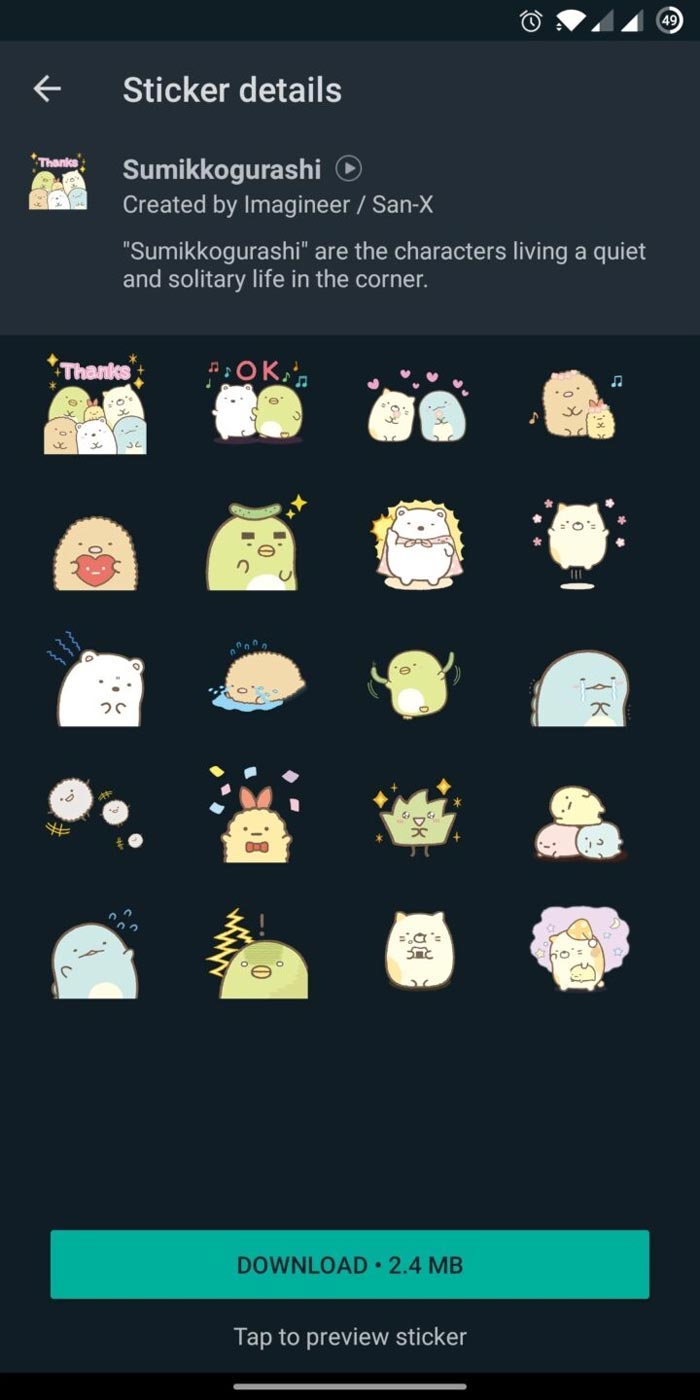 Earlier, Signal messaging platform received millions of new users after the recommendation from top businessman Elon Musk. Consequently, the app faced an outage due to a rush of new users.

Signal also gained attention from a lot of users after WhatsApp unveiled its new privacy policy. Some users reported messages failing to send on both mobile and desktop for hours on Friday.

However, the platform says it has resolved the technical issues. Signal said in a series of tweets that users might see errors in some of their chats, including missed messages, but this would not affect their security.

However, WhatsApp says the practice is not new and there are no changes to it.

WhatsApp said there had been “confusion” about its message, which initially gave people until 8 February to accept its updated terms or stop using the service.

WhatsApp has now changed the date to 15th May as it said it would use the time to clear up misinformation.

WhatsApp Feature: Now you can set custom wallpaper for each chat

The popular messaging application WhatsApp has always came up as a convenience...