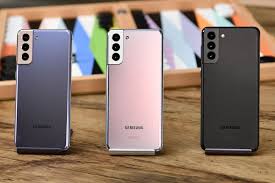 According to the reports, the company has decided to ship 26 million units of the Galaxy S21 series for the year, which is the same as the Galaxy S20 5G.

Based on these expected numbers from tech giant Samsung for the flagship lineup, it could be the least popular Galaxy S-series lineup ever. The company is estimating sales of 10 million units for the S21, while the S21 Plus and S21 Ultra are expected at eight million each.

These phones have a new design, new processors, upgraded cameras, but also lack some basic features.

The Galaxy S21 has a punch hole for the selfie camera. It is an Infinity-O display as Samsung likes to call it. But the more exciting part of the design is the new Contour Cut Camera housing that mixtures into the phone’s frame. Samsung describes it as sleek.