Snapchat Crashing for a lot of Users Again: Issue Related to Log In

Google Chrome is getting its biggest Chrome update

Tech giant Apple has been working on a foldable smartphone for a few years now and now it appears that the project is moving upward with likely to launch in a couple of years.

According to the latest reports, the device will now come with support for a stylus but it is not yet clear if the smartphone will support the current Apple Pencil or come with a completely new stylus. 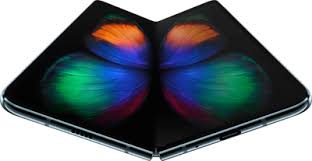 Earlier, it was reported that the Apple has confirmed a clamshell design for the foldable iPhone, which is similar to the Samsung Galaxy Z Flip. The company said that it will used Ceramic Shield glass which will be chemically treated, enabling it to handle a significant level of tolerance when it is folded or unfolded.

On the other hand, Apple is also focusing on its ‘Project Titan’ which is an autonomous electric vehicle that is being denoted as Apple Car.

Apple iPhone 12: What you need to know before you buy?