No need of hereditary politics in Pakistan, says ZAB junior

Zulfekar Ali Bhutto junior said there is no need of hereditary politics in Pakistan and the country can’t afford it.

ZAB junior is a Grand son of Zulfekar Ali Bhutto – famous Pakistani Politician and the founder of Pakistan Peoples Party.

I belong to a family which needs security in Pakistan, if  you are safe,  you can assure the security of people around you, Zulfiqar Ali Bhutto Junior shared his feelings. 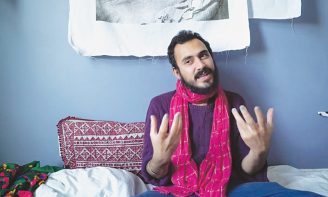 Bhutto Jr also talked about the concept of “strong men” and “masculinity” all around the world. “Mostly nations have built this especially ones that are ethnically formed, it happens in India. It happens in Pakistan. But the strong Muslim, the strong Sikh, the strong Hindu, the strong Jew, the strong Arab… there is a stereotype that the representative of a nation must be a strong man”.

Bhutto Jr said the idea of masculinity and strength is “ridiculous”. He added that masculinity for him is “softness”, “effeminate” and “gentle”. 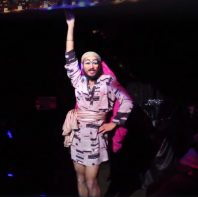 Zulfiqar Ali Bhutto Junior is a visual artist, performer and curator. The artist is son of late Murtaza Bhutto.

Bhutto’s work explores complex histories of colonialism that are exacerbated by contemporary international politics and in the process unpacks the intersections of queerness and Islam through a multi-media practice.

Installing for Tomorrow We Inherit the Earth: Notes from a Guerrilla War at @sanat_initiative , my solo exhibition curated by @azizisohail. Thank you @muhammadzeeshan80 for leaving us the red wall. ❤️ Today begins a heatwave in Karachi, the sea breeze has ceased and we begin to bake in 45-50 degrees Celsius. #numerology #tomorrowweinherittheearth #queermuslimfuturism #videoart #textileart

He has shown in galleries, museums and theaters globally, as well as spoken extensively on the intersections of faith, radical thought and futurity at world renowned institutions like Columbia University, UC Berkeley, The California College of the Arts and Mills College.

Zulfiqar Jr has spoken about how all of this violence has shaped his life. However, he cannot enter politics like his cousins. Homophobic comments on a video that Zulfiqar featured in, both from media sources and social media users, employed derogatory terms and curses to condemn him and his art, . “There was so much negativity when it came out, and the focus was on the drag part of it.”

Leader of the Opposition Shahbaz Sharif on Wednesday was unsuccessful to deliver...

The Khyber Pakhtunkhwa government on Wednesday broadcasted to reopen primary and middle...

‘Action to be taken against underage drivers’: DPO Mansehra

DPO Mansehra in a meeting stated that strict legal action will be...