Pakistani bowler Hassan Ali is all set to tie the knot in Dubai today.

Hasan Ali, earlier this month confirmed that he was marrying an Indian national, Samiya.

“A simple Nikah ceremony will be held on August 20 in Dubai, which will only be attended by my close relatives and family members,” the cricketer told a press conference in his hometown, Gujranwala.

The rukhsati and valima events will be held after two to three months in Pakistan, he added.

According to the sources, the cricketer and his wife-to-be had a pre wedding photo shoot followed by a Mehendi ceremony was held last night. 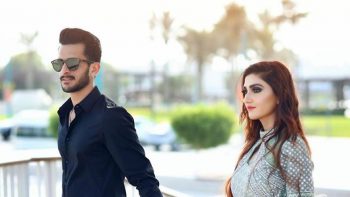 The pictures were shared on social media and created a buzz.

Hasan Ali had stated that since his family had concerns, he could not reveal photographs of Samiya at the time.

He also mentioned that all the pictures that were previously circulating on social media were fake.

He would stay in Pakistan after marriage, Hasan Ali said.

Hasan said he met the girl a year ago during a random dinner in Dubai, and her honesty inspired him. 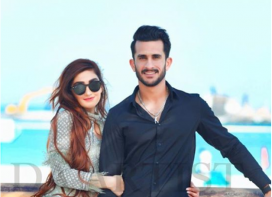 “Afterwards, with the consent of my family, I sent a proposal, which was accepted,” he said.

“I will invite the Indian cricket team and players to come to my marriage ceremony, after all, we are all cricket mates,” Hasan told.

Ramiz Raja is bringing a post of ‘Director Cricket’ in PCB

Pakistan Cricket Board (PCB) chairman, Ramiz Raja is interested in bringing a...

India’s tour of New Zealand later this year has been suspended until...

Tom Latham: ‘Excited to be here in Pakistan and see enthusiastic crowd’

Babar Azam: ‘Misbah and Waqar's resignation has put more responsibility on me’