International Polio Day is being observed all across the globe including Pakistan here on October 24, Thursday.

The purpose of this day’s celebration is to raise awareness about polio and make efforts to eradicate polio virus from all parts of the world.

Although most countries were declared polio-free by 2013, three countries, including Pakistan, Nigeria and Afghanistan, failed to get rid of the disease, and the struggle continues.

In an historic announcement on World Polio Day, an independent commission of experts concluded that wild poliovirus type 3 (WPV3) has been eradicated worldwide.

Poliomyelitis has a long documented history, all the way back to ancient Egyptian paintings and carvings. Until the mid-20th century, it defied treatment.

Today, it is still incurable, so prevention provides the only weapon for attacking the disease.

In the 1950s, the two greatest fears for Americans were the atomic bomb and polio.

Children were and are at the highest risk for contracting the disease, which can cause death. One in 200 infections leads to irreversible paralysis.

Until polio virus transmission is stopped and the world is polio-free, every child must have a vaccine to prevent the incurable infection.

Fortunately over the past two decades, the overall number of recorded cases of polio has tremendously decreased. 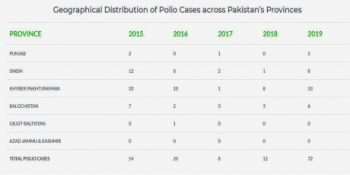 Contemporary awareness seminars and events are being organized across the Pakistan, to mark the day.

The challenge to eradicate polio is pervasive, because unless everyone is immunized, “it can come back to reinfect places where it was eliminated.”

Corona Virus: ‘goddess corona’ to save India from the virus

While the world is busy looking for cures for the deadly Corona...

Hotels play a vital role in creating the most significant and beautiful...