Iqbal's most poetic work is in Persian language

Pakistan is celebrating 142th birth anniversary of our national Poet Dr. Mohammad Iqbal widely known as Allama Iqbal today. But do you know?,  People of Iran and Turkey also acknowledged his poetic services and praise him.

Allama Iqbal’s most Poetic collection is in Persian, from 12,000 collective verses, 7000 verses are in Persian Language.

He authored 13 books, two prose books in English and one is in Urdu, seven Persian and three Urdu poetic collection were published during his life.

Iqbal wrote two English prose books; one is “The development of Metaphysics in Persia” (1908), and second is “The reconstruction of Religious thought in Islam” (1930).

Iqbal was a devotee of Great Turkish scholar Maulana Jalal Uddin Rumi commonly known as Maulana Rumi. Allama narrate himself as Mureed-e-Hindi (Devotee from India) and Maulana Rumi as Peer-e-rumi. 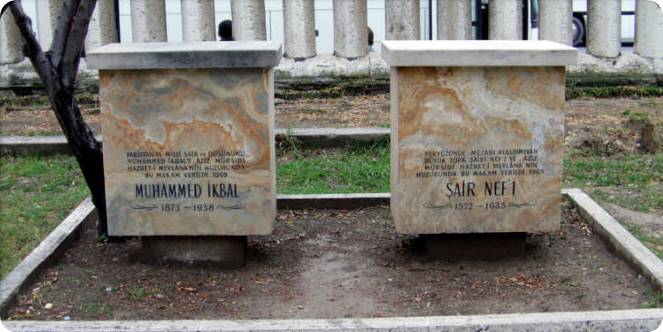 Honorary grave of Iqbal in Turkey

He also expressed great grief over the defeat of Turkey in world war and decline of Ottoman Empire (Khilafat-e-Usmania) in 1924.

During to Iqbal’s affection towards Maulana Rum, Turkey and its people, Turkish government built his honorary grave in 1965, in the Mausoleum of Jalal Uddin Rumi, situated in Konya, Turkey.

Due to his Persian poetic contribution, Iran also named a street in spiritual city of Mashhad known as “boulevard Iqbal-e-Lahori”. Iran and its people recognize him with the name of Iqbal-e-Lahori.

Allama Iqbal also lives in Heidelberg, Germany for higher education in 1907. His German professor Emma Wegenast taught him about Goethe’s Faust, Heine and Nietzsche. Those teachings played great role in his philosophical thoughts. 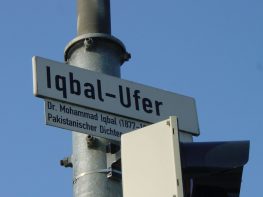 ‘Iqbal-Ufer’ is a famous street in Heidelberg, Germany

Explained: What Tehreek-e-Labbaik Wants And Why They Are Protesting?

The Pakistani government has decided this week to ban the Tehreek-e-Labbaik Pakistan,...

The Interior Ministry has prepared a summary to ban Tehreek-e-Labbaik, a draft...

The Islamabad High Court (IHC) has accepted the petition of Leader of...