A Muslim woman has been spotted while stopping by a black man on a London train who was blaspheming a Jewish family.

As can be seen in the viral video on social media, a black man on a train pulls out a book in front of a Jewish family and tries to subvert religious hatred, so a Hijabi Muslim lady stopped him from doing so.

Around noon I witnessed appalling anti Semitic abuse towards this Jewish Family on the northern line. Fair play to other passengers who stood up to him. If you recognise the guy please report to ⁦@metpoliceuk⁩ pic.twitter.com/YxzwAnDqTJ

The black man started arguing with the Muslim lady and criticized her clothes and hijab with his hatred comments. 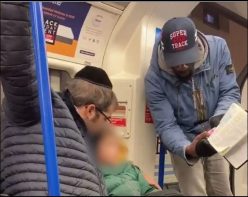 Police have taken notice of the incident and confirmed the investigation, while the bravery of a Muslim woman is being praised on Twitter on social media. 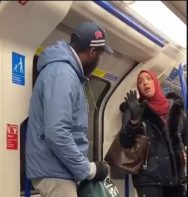 Corona Virus: ‘goddess corona’ to save India from the virus

While the world is busy looking for cures for the deadly Corona...

Toss for World Test Championship (WTC) 2021 Final is delayed and there...