British media, neglecting ethical journalism, said to be delivering fake news and hyping up head lines, using Dubai as a click bait amid Iran US tensions, that created a chaotic situation among Britons residing in UAE.

On Friday January 3, US military on the orders of President Donald Trump killed Top Iranian General Qassem Soleimani in a air strike in Baghdad.

After that tensions sparked on international level, brought Iran and US on the brink of war.

Middle East, the main region being categorized as the forum of conflict between Iran and US.

Even when US-Iran tensions aren’t ramped to extreme it seems the editors in London love a click-baity Dubai-bashing headline. 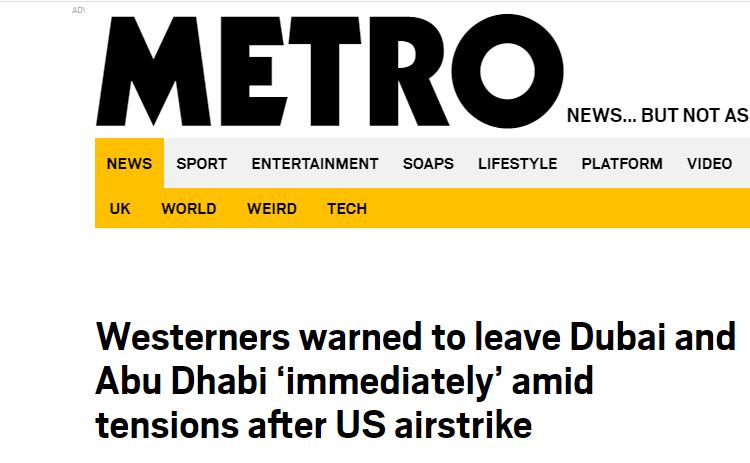 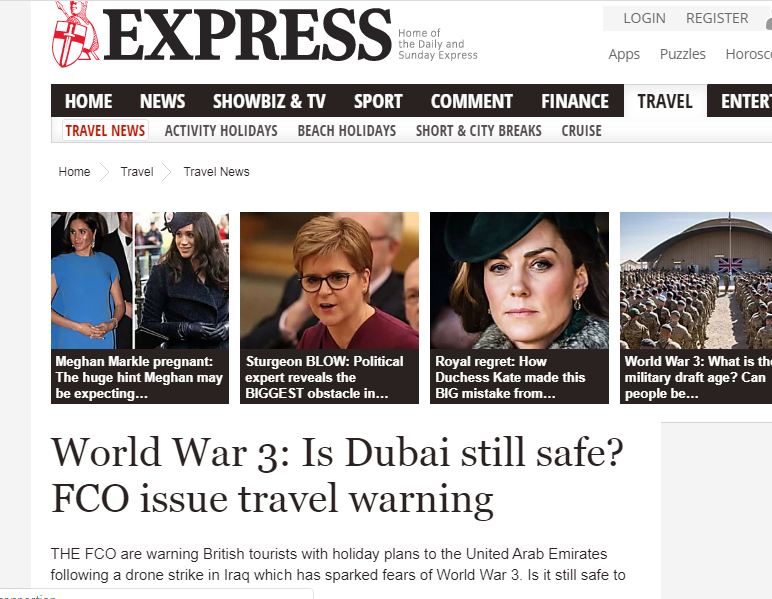 Daily Mail said: Should tourists flee the Middle East? Experts warn Westerners to get out of Dubai and Israel as tensions mount after US drone strike kills top general

What Actually is it?

US and UK Foreign Offices have indeed updated their travel advisories in the wake of Qasem Soleimani’s death urging citizens in the ‘region’ to ‘remain vigilant’.

But none of them explicitly mention Dubai or the UAE.

The UK foreign office notice for the UAE says, “Following the death of Iranian General Qasem Soleimani in a US strike in Baghdad on 3 January, British nationals in the region should remain vigilant and keep up to date with the latest developments, including via the media and this travel advice.”

The US embassy in Abu Dhabi said, “US citizens strongly encouraged to maintain a high level of vigilance and practice good situational awareness.”

It is to mention here that Dubai ranked 28th in the 2019 Safe Cities Index and 10th in Numbeo’s Crime Index last year.

A 2018 national agenda survey also found that 96.1 per cent of people felt safe to walk outside at night.

The UAE also came first in the lowest rate of crimes.