Who doesn’t like good bargain stores? And here, Mark Zuckerberg, the eighth richest man on the planet was also found looking for some bargains. So, it is safe to say that he is also just like us despite his affluent lifestyle.

According to the international news source, the founder of the biggest social media platform was spotted in a Costco Store In the spirit of the wintry and merry holiday season. In the picture, it appeared that Zuckerberg and wife Priscilla Chan were observing the TV selection at a Mountain View, California Costco. 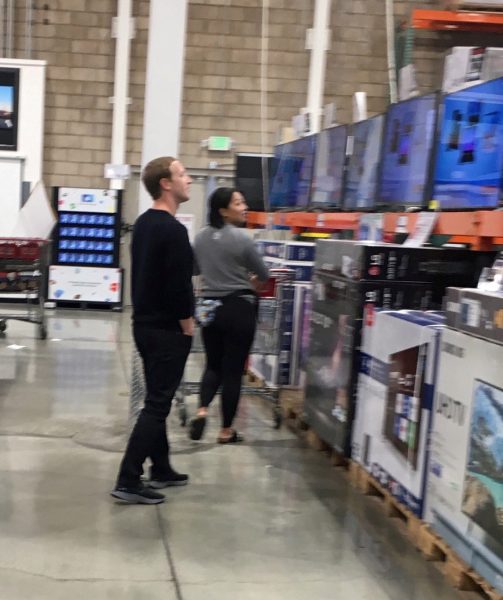 Zuckerberg and Priscilla Chan have two children, ages 2 and 4. Plus, according to news source, the couple shopped at Ross Dress for less, a discount department store, during their shopping spree.

Costco is a warehouse retail chain that is famous for its bulk purchases and low priced items as compared to other stores. And it must have been a shock to see Zuckerberg walking around and searching for products to shop for. As per Forbes, the 35-year-old Facebook founder’s net worth currently stands at an estimated $77.5 billion. He also acquires a wide range of expensive homes, including and a $100 million property in Hawaii.

Despite all these luxuries Zuckerberg and Chan have always been seen to be grounded and living a life that in prudently in many ways. His choice of apparel is also really simple and he prefers to wear a t-shirt under a dark hoodie, and a pair of jeans at work. After Zuckerberg and wife Priscilla Chan’s secret wedding that came out in May 2012, the pair were seen eating McDonald’s in Rome.

June 21 (today) will be the longest day and the shortest night...