Lahore High Court sent notices on Monday to the Federal and provincial governments to ban the upcoming Aurat March permanently, as the activity is “anti-state”.

International Women’s day will be held on 8th March. A campaign is organized on this day every year.

The petitioner claimed that hundreds of women will gather on this day again, holding placards with messages that represent vulgarity and anarchy. 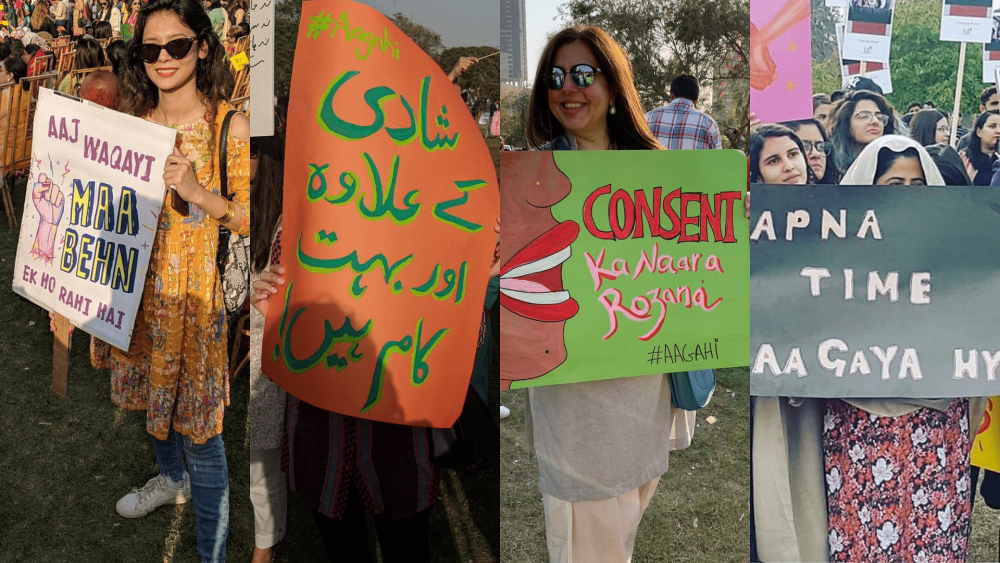 Azhar Siddiqui also stated that the main objective of celebrating International Women’s day is to praise women for their success and achievements. He added that the purpose of remembering the day is to show solidarity with the women facing issues such as cruelty, discrimination, domestic violence, and ignorance.

In addition to this, Azhar Siddiqui further said in his petition that “there are various anti-state parties present who are funding this March with the sole purpose of spreading anarchy amongst the masses”.

Pakistani bride trolled for wearing 100 kg dress in her wedding

This Pakistani bride spent ‘extra’ money on her wedding by wearing a 100 kg bridal dress.

A photo has got viral in which the woman was sitting at the stage and wearing an extraordinary long wedding dress.

The ‘strawberry moon’, will be visible in Karachi tonight