Pakistan becomes the most affordable country to live in 2020

Pakistan has become the most affordable country in the world to live in.

A report named  ‘Most Expensive Countries in the World to Live In 2020’ by CEOWORLD magazine.

The report also says that Switzerland is the most expensive country to live in.

In addition to this, Norway is the second most expensive country, followed by Iceland, Japan, Denmark, Bahamas, Luxembourg, Israel, Singapore, and South Korea as the most affluent countries to live in 2020.

According to the report, nine of the most expensive countries are from Europe, 5 are from Asia, 2 are Caribbean, 2 are Oceania, 1 from North America and one from Africa. 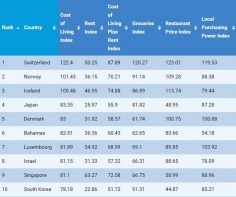 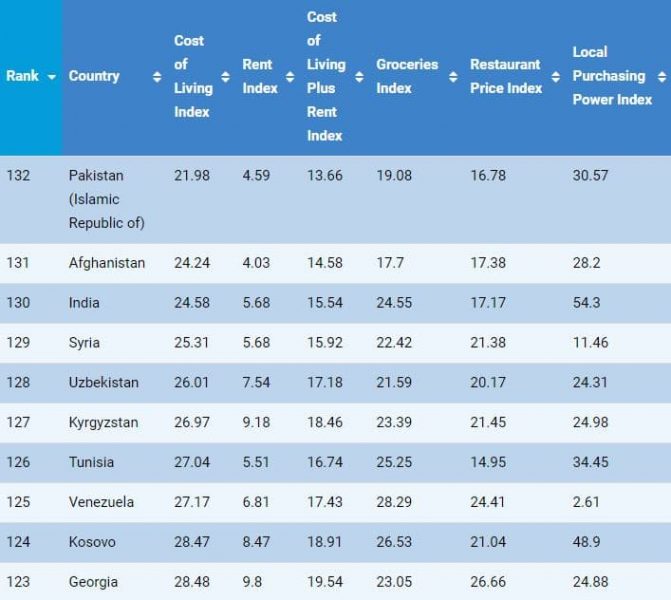 Countries have been listed according to five criteria; the cost of living, groceries, rent, purchasing power and eating out.

After that, each country was given an average score and then was compared with New York which was a benchmark with a score of 100 for the ranking.