It has been discovered that coronavirus pandemic has been predicted by an elderly psychic in a book in 2008.

Coronavirus pandemic has been causing serious disruptions for the past three months and has compelled people to isolate themselves.

The book named End of Days mentioned, “In around 2020, a severe pneumonia-like illness will spread throughout the globe, attacking the lungs and the bronchial tubes and resisting all known treatments,” 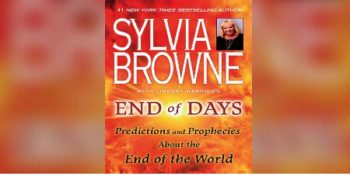 “Almost more baffling than the illness it will be the fact that it will suddenly vanish as quickly as it arrived, attack again ten years later, and then disappear completely.”

According to the international news agency CNN, The prediction faded from public memory and the book’s author, Sylvia Browne, died in 2013. But the coronavirus pandemic has brought new attention to Browne’s book, “End of Days: Predictions and Prophecies About the End of the World.” It’s shot up to No. 2 on Amazon’s nonfiction chart, and physical copies are now selling for hundreds of dollars.

The Simpsons fans claim that the cartoon series predicted coronavirus self-isolation in an episode in 1999.

International news agency the SUN says that the animated series has a reputation for predicting several events.

Fans say that the election of Donald Trump as the US President was also foreshadowed in The Simpsons.

Some people say that a new anchor named Kent Brockman in episode 11 of season 10 reported the news from home.

He said, “This is Kent Brockman reporting from my own home in accordance with the new curfew for anyone under 70.” 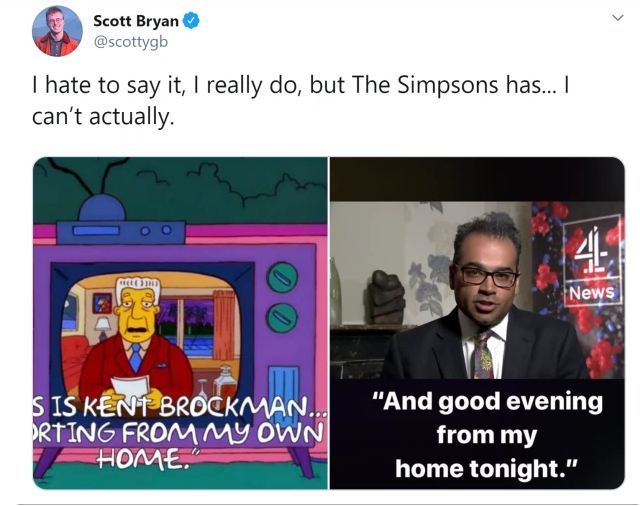 The video went viral when 49-year-old Krishnan read the news from his own living area at home earlier this week as he isolated himself amid coronavirus outbreak.

One of the Simpsons fans posted a picture of both Kent and Krishnan on Twitter. He wrote, “I hate to say it, I do, but The Simpsons has… I can’t actually.”