Renowned Bollywood actress Kangana Ranawat has been in a bit of controversy because of her controversial statements and if we talk about her sister Rangoli Chandel she is four steps ahead of Kangana.

Kangana Renawat’s sister Rangoli who is also the manager of Kangana, is often seen criticizing Bollywood personalities on Twitter with abusive and derogatory language.

This time Rangoli Chandel’s Twitter account suspended due to her controversial tweet about a member of the Tablighi party in India in which she was trying to incite people against the Muslim cleric and the media. 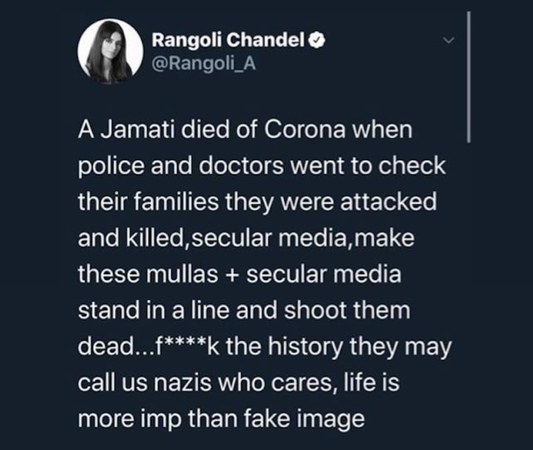 It should also be noted here that the news quoted by Rangoli Chandel in her tweet was a fake news.

I’ve blocked Rangoli and reported her to twitter.
But @MumbaiPolice @CMOMaharashtra @OfficeofUT This kind of hate mongering is irresponsible. Please look into it, and take necessary actions. https://t.co/WywccuZvKR 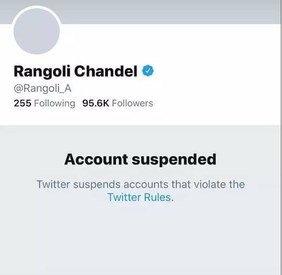