The Turkish minister of technology and industry announced on Thursday (Jun 26) that the capital of Turkey ranks in the top 20 on a list of the world’s 100 best “emerging ecosystems”.

According to the details, the metropolis of Istanbul ranks in the top 20 on a list of the world’s 100 best “emerging ecosystems” for startups.

The latest report by US-based global entrepreneurship research institution Startup Genome said that the capital of Turkey, Istanbul is at number 16.

The report also said that Mumbai is on number one, Indonesia is second, Switzerland is on Third, Finland is fourth and China is on the fifth rank in the top 100 emerging ecosystem ranking.

He added that our potential in technology-based initiatives is high and our targets are big!

The report said that Startups have become a top growth engine of the economy and officials are putting more energy and focus into the growth of their startup ecosystems.

It is to be noted that Europe is the leading continent for Emerging Ecosystems, with 38 cities, North America is on second with 32 startup ecosystems and Pacific is third with 22 ecosystems. 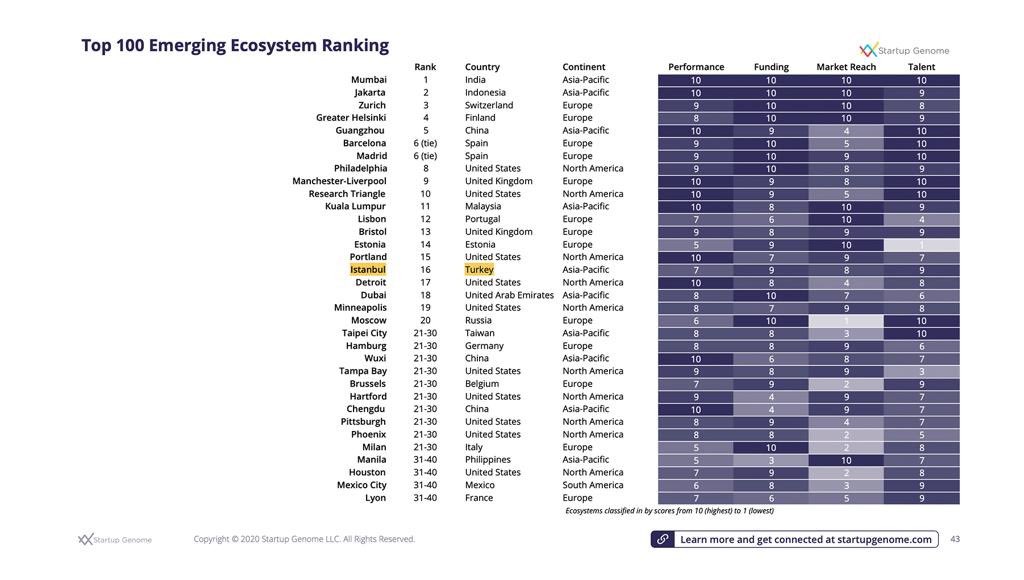 California was the first state in the US to have imposed lockdown...

Lina Khan: Pakistani-American Picked Up For Top Post In US

US President Joe Biden has nominated American-Pakistani Lina Khan to head the...

Gaza once again under attack just days after Naftali Bennett took over...