His soulful masterpieces are still admired by both youngsters and old age people across the border.

He was popularly known as “Shahenshah-e-Qawwali”, meaning “The King of Kings of Qawwali”. 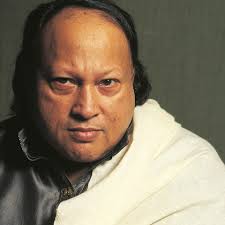 The legendary Qawwal, born in Faisalabad on October 13, 1948, to a classical family of singers, embarked on a singing career with Qawwali followed by an ever-increasing line of music including Sufi, and hymns.

He began his career by learning the tabla before moving on to vocals. In 1964, Khan’s father died, leaving his musical education under the supervision of his paternal uncles, Mubarak Ali Khan and Salamat Ali Khan.

He was signed by Oriental Star Agencies, Birmingham, England in the early 1980s.

Furthermore, Nusrat Khan went on to release movie scores and albums in Europe, India, Japan, Pakistan, and the U.S.

He was also engaged in collaborations and experiments with Western artists, becoming a well-known world music artist. 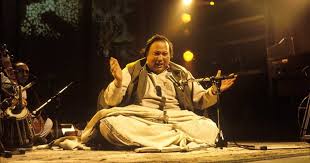 Apart from that, he has the honor of performing in over 40 countries. In addition to popularizing Qawwali music, he also had a big impact on contemporary South Asian popular music, including Pakistani pop, Indi-pop, and Bollywood music.

He possessed an extraordinary range of vocal abilities and could perform at a high level of intensity for several hours.