Baby Shark, a popular children rhyme, has become the most-watched video ever on YouTube.

As per the details, the rhyme has been played 7.04 billion times, beating Despacito, the Latin pop song by singer Luis Fonsi.

If played back-to-back, that would mean it has been streamed for 30,187 years frequently. Pinkfong seems to have made $5.2m (£4m) from YouTube streams alone.

It is believed that the rhyme originated in US summer camps in the 1970s. Some sources said that it was made in 1975, as Steven Spielberg’s Jaws became a big hit around the world.

There are a great number of variations of the original Baby Shark, including one version where a surfer loses an arm to the shark. There are also international versions such as French Bebe Requin and the German Kleiner Hai (Little Shark) in 2007. 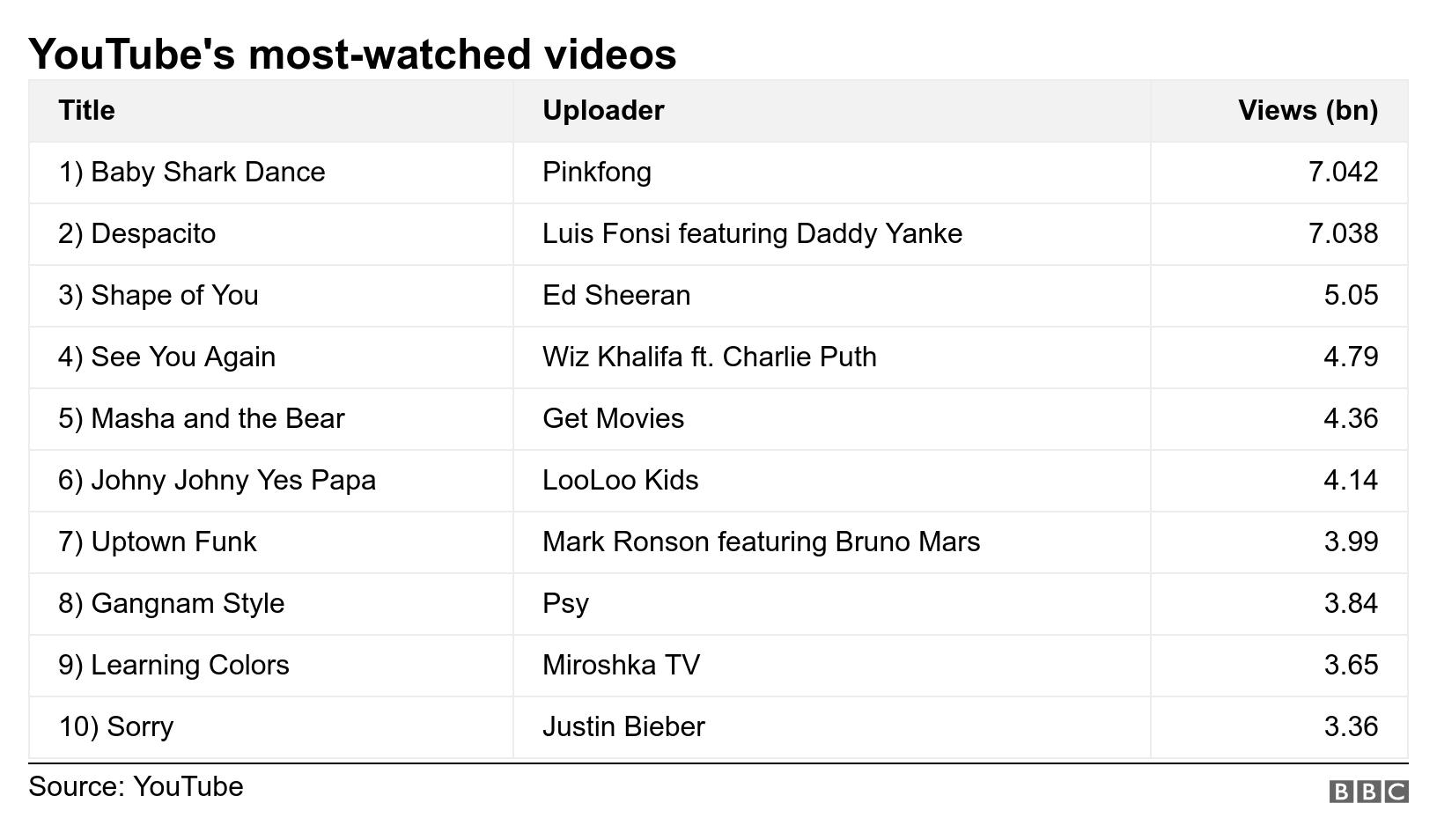 However, Pinkforg’s interpretation is a major hit, it was sung by 0-year-old Korean-American singer Hope Segoine and uploaded to YouTube in 2015.

The song is popular for its “doo doo doo doo doo doo” hook and fishy dance moves in South Korea and all over the world. Various famous brands including Red Velvet, Girls’ Generation, and Blackpink started incorporating it into their concerts.

It became a big trend and the hashtag #BabySharkChallenge started appearing on Twitter. Pop singers like Cardi B joined the fun.

“Nursery rhymes have always been sort of slow, very cute, but something that would help your children fall asleep – as opposed to Baby Shark,” Pinkfong’s marketing director Jamie Oh told the BBC in 2018.

“Pinkfong’s Baby Shark is very trendy and it has a very bright beat with fun dance moves. The animation is very vivid. We call it K-Pop for the next generation.”

Three Security Officials in Oklahoma, the United States, have been charged after...

Imran Khan looks debonair from 1992 after winning the World Cup

The wait for Conor McGregor vs. Dustin Poirier is finally over. McGregor...

Pakistan International Airlines (PIA) has introduced the Flexible Attendance System for its...