Want To Catch Your Husband Cheating On You? Try This Approach

A model on Instagram has been direct messaging (DM) people’s boyfriends to check whether they are cheats or not. The model is from Los Angeles, California.

With over 207,000 followers, Paige Woolen is a hit on the social media platform.

Known for her risqué snaps, the model receives quite a lot of attention from men. 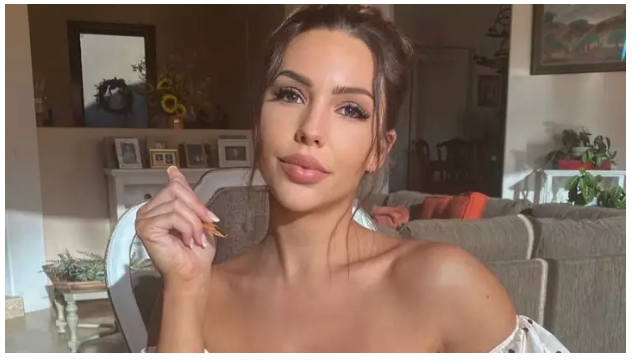 She said that she often gets messages from men who, by the looks of their profile pictures, appear to have girlfriends.

Recently, the 28-year-old offered women the chance to see whether or not their partners were faithful by sliding into their DMs and seeing if they responded.

Speaking about the experiment, she said: “I had been noticing a lot of guys that DM me on my personal account had profile photos with their girlfriends.

It got me wondering if their girlfriends know or care that they DM random girls with photos in their bikinis. I personally believe snitches get stitches but I felt like using the power of @dudesinthedm for good and helping out my female followers.

I posted a story about DMing their boyfriends from my main account to see if they would cop to having a girlfriend or not.

Surprisingly, most of them either didn’t answer or if they did, they said something mean or informed me they had a girlfriend.” 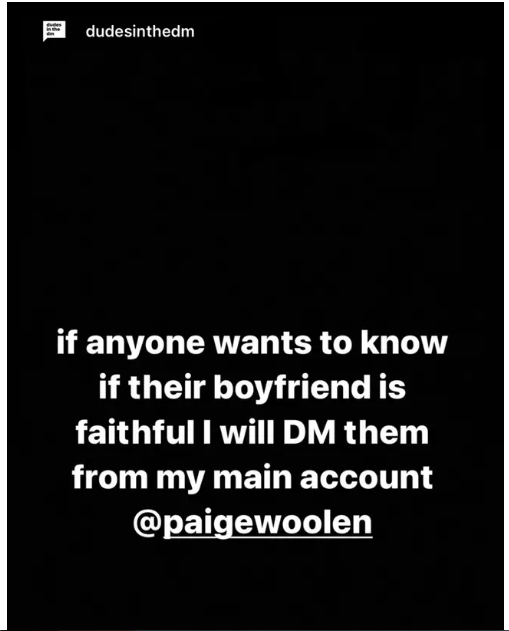 “Only a few lied and said they were single.”

The majority of men resisted her advances but some didn’t.

In one exchange, Paige wrote: “Just thought you were so so cute. Was hoping to meet up if you’re single of course.”

The guy immediately responded with, “I’m single enough, do you have Snapchat?”

Another man couldn’t hide his delight at receiving a message from the model.

To which he replied: “Me? You’re like a supermodel!” 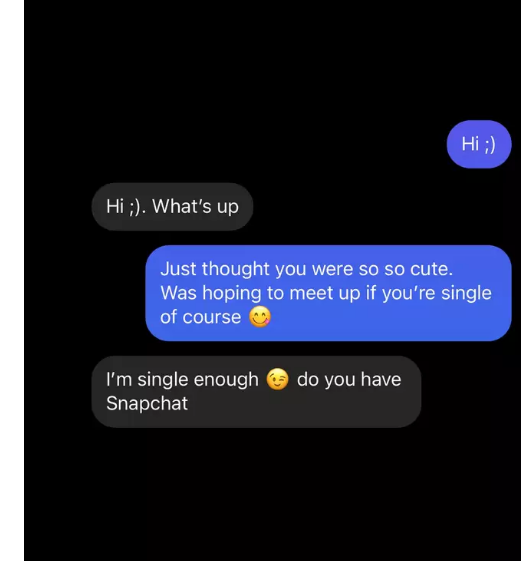 The man, who has photos of his girlfriend on his Instagram, then claimed he didn’t have a partner, adding: “You’re in LA? I’m there all the time for work, we should go out.”

And another man is even less subtle about his motives, telling Paige that he isn’t single but “she’s into some freaky s***” and “we could all have fun”.

But while some were quite forward, others were rude to the model, calling Paige a “prostitute” and telling her they “don’t want to sign up to your OnlyFans account”.

If you love watching cooking videos on YouTube then you must have...

The National Assembly (NA) session is underway today to debate over the...

Demonstrations by farmers are still in progress in India as Twitter users...

Dubai police found a left-alone infant in an apartment by his distressed...