A video has been circulating on social media, claiming that a Saudi billionaire lady, Sahoo Bint Abdullah Al-Mahboub, has married her Pakistani driver who is from Sindh. There have been speculations that the Sahoo Bint Abdullah Al Mahboub Marriage took place in Saudi Arabia, which is also the bride’s origin. 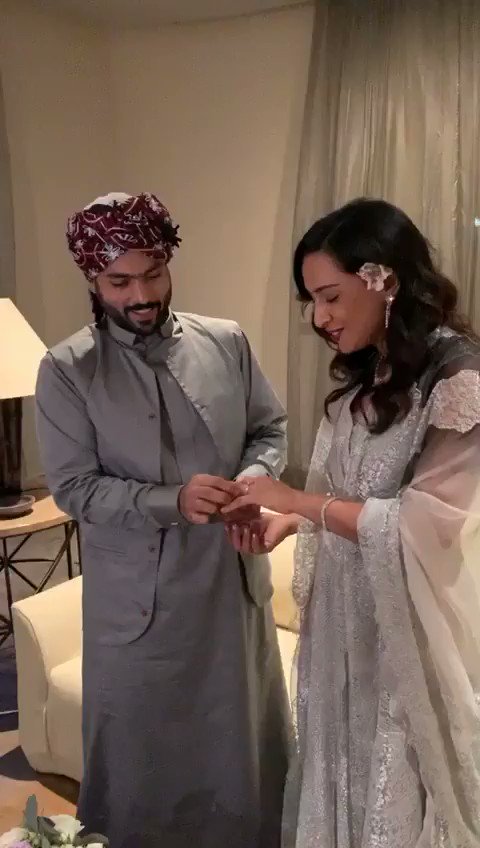 The wedding was an intimate event, which mostly comprised of just family members. The newlyweds exchanged rings and had a proper photoshoot.
Moreover, the families are delighted with the wedding and were hyping the couple at the event. They also praised their Lord and the last Prophet (PBUH)  to express gratitude. It has been observed that the close family members hooted for the newlyweds after which Sahoo and her husband hug for a picture.

Sahoo Bint Abdullah Al-Mahboub, Businesswoman whose wealth is estimated at 8 billion$. She owns residential properties and hotels a lot in Mecca and Medina, as well as towers in France and others. She marries her Pakistani driver. pic.twitter.com/tQ9PFzHXN3

Who is Sahoo Bint Abdullah Al-Mahboub?

According to sources, she is not only the owner of several residential properties but also hotels in the two holy cities i.e. Madinah and Makkah. Her hotels are near the holy places and she earns a lot from them on a daily basis. She also owns a couple of towers in France and other countries.

Sahoo Bint Abdullah Al-Mahboub has been labeled as a wealthiest woman in UAE.

Who is the groom?

According to sources, he was her personal driver and drove her range rover. Claims have been making rounds on social media stating that the driver of Pakistan Prime Minister Imran Khan, is married to a rich Arab businesswoman from Saudi Arabia. Some people believe that this video is being shared with a fake message.

On the other hand, there are no details on the internet available about the Saudi business tycoon. Also, the online search did not reveal any profile of Sahoo bint Abdullah Al-Mahboob. The unusual event divided the netizens, as many called the incident ‘fake’. 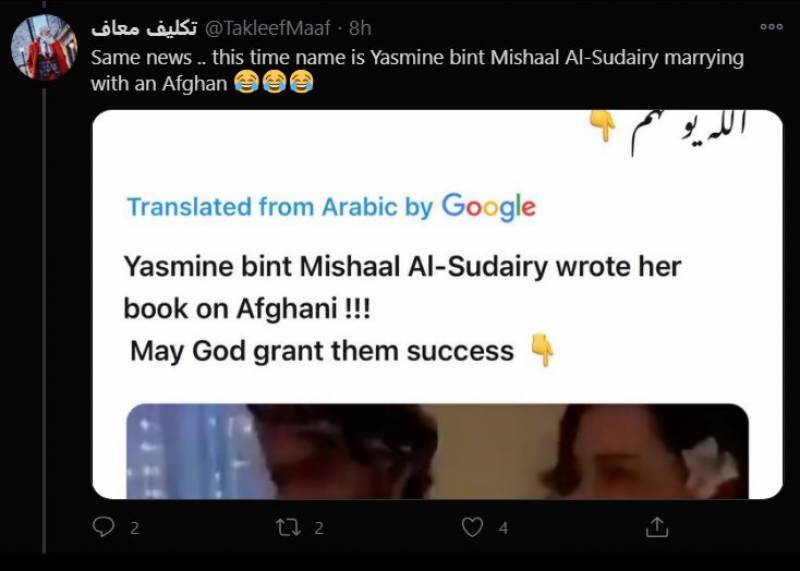 The bride, Sahoo bint Abdullah al Mahboub wore a light grey dress with a net coat. For her hair, she went for light curls with a flower behind her ear. She rocked a bold red lip colour.
The groom wore grey shalwar kameez along with a turban made out of Ajrak. 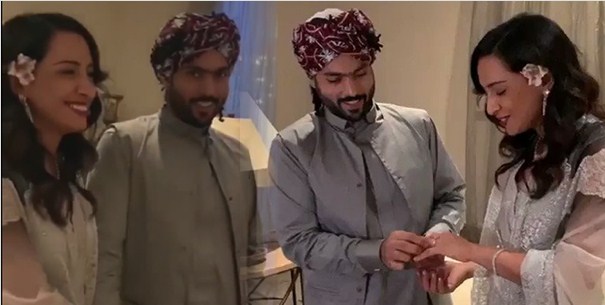 Last year, there was a Pakistani carpenter who went to Saudi Arabia approximately four years back at the age of 24 to work as a carpenter but soon got offers for modeling. He now works as a fashion model full-time in the country, which had been his dream.

Waqas’s story proves that one does not need marriage to a billionaire to bail out of his or her circumstances, but hard work, consistency, and being fair in your dealings will assist you in reaching your goals one day.

Permit To Export Falcons Issued To UAE As A Goodwill Gesture