Simpsons Once Again Shocked Everyone With Its Prediction

There is nothing hidden that the Simpsons is now considered as predictive of future events. The show has depicted yet-to-happen incidents from Prize winners to the tiger attack on the late Vegas magicians Siegfried and Roy. Most importantly, the presidency of Donald J. Trump.

This time, the Simpsons fans have noticed that the show had already predicted Kamala Harris’ attire for her swearing ceremony as America’s first female vice president (and first Black and Indian American ).

Kamala wore a purple dress and coat by a young Black designer. She also wore a custom pearl necklace. 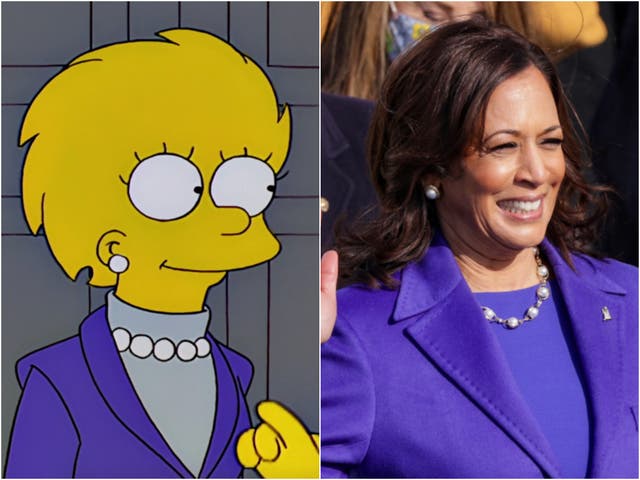 After looking at Harris’ attire, the world got shocked as they had already seen Lisa from Simpson wearing the same dress in a classic 2000 episode “Bart to the Future”.

According to the details, in the episode, an all-grown-up Lisa Simpson was elected president of the U.S. and tries to bail the nation out of financial ruin.

And in that episode, Lisa could also be seen behind the podium at the White House (and in the Oval Office) wearing a purple jacket with a striking similarity to Harris’ Inauguration Day attire.

Earlier, The Simpsons had left everyone shocked as one of its episodes appeared to have predicted US Capitol Riots in the past.

An episode of the popular animated series of the Simpsons ‘The Day The Violence Died’ went viral on social media. The episode showed characters attacking the Capitol with bombs and guns after constitutional amendments. The scene had a surprising resemblance with the Capitol Riots that happened recently in the US. 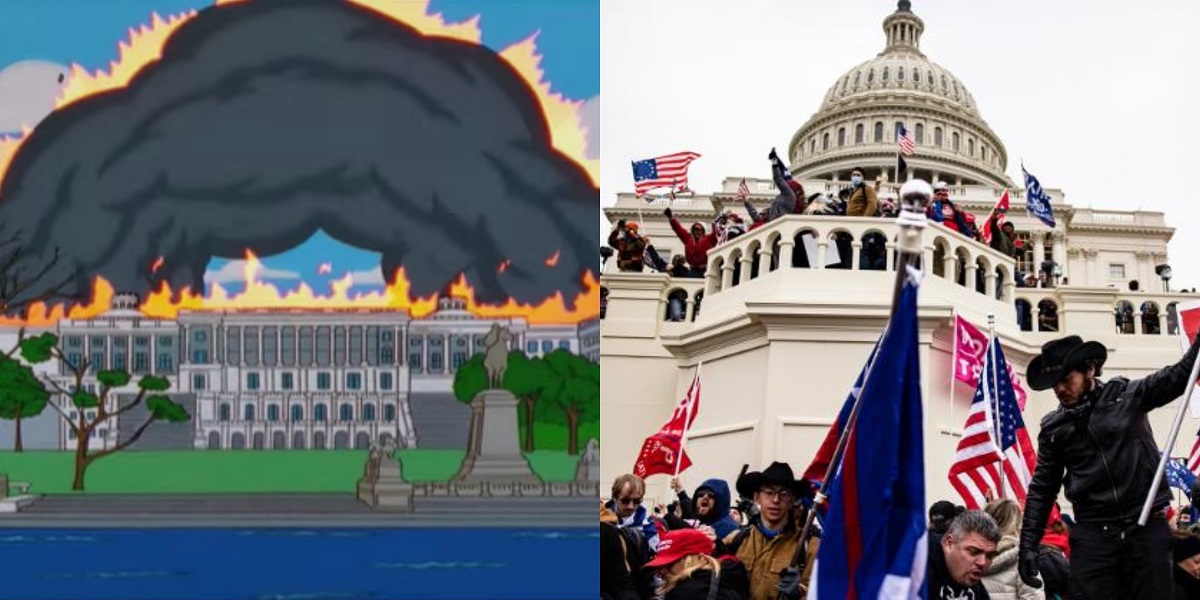 Did The Simpsons predict the Capitol Hill riots in 1996?

The Simpsons once again left everyone shocked as one of its episodes...