Kanye West out of presidential elections, to run in 2024

American rapper and  Kim Kardashian’s husband Kanye West has confirmed that he will run for the US presidential elections in 2024.

Kanye West confirmed his withdrawal from the US election 2020 race, two weeks after sending shockwaves with the announcement of him running for president on November 03  general elections.

The father of four also shared a story where he also confirmed to run for the president in 2024 elections saying: “See you at the 2024 election.” 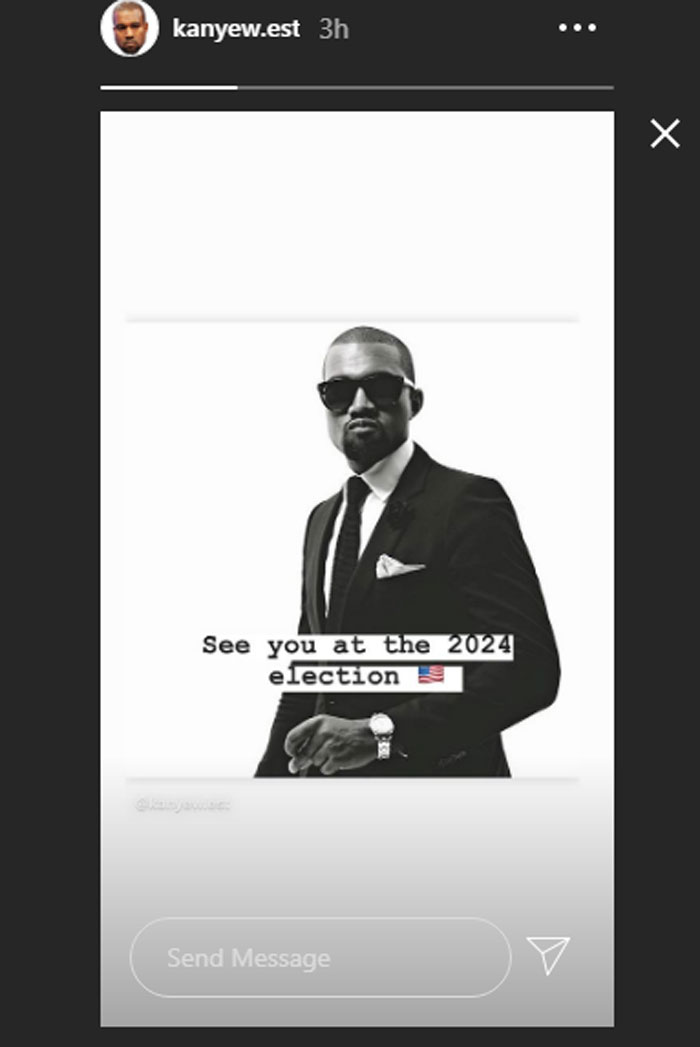 Earlier, things appeared different for the rapper as the only public endorsement he received publicly from Elon Musk, seems to have walked back.

In an interview, West had lifted he veil off many of his contentious belief including the fact that he believes vaccines are “the mark of the beast.”

However, a Twitter user shot a question towards Tesla’s owner saying “Cmon Elon – you’re way too intelligent for this [expletive].”

Later the tweet was deleted, however, Musk responded to it, saying: “We may have more differences of opinion than I anticipated.”

Musk had responded to West’s announcement of his presidential run, saying: “You have my full support!”

President of the United States of America Donald Trump has responded to...

Since the Turkish drama series Dirilis: Ertugrul gets famous across the globe,...

Pakistani actress Nimra Khan is known for her cool and charming personality...

Beauty standards are still present in our society: Saboor Aly

Pakistani actress Saboor Aly revealed during an interview that how the entertainment...

Would have been a cricketer if I was not a singer, Asim Azhar

Asim Azhar is undoubtedly an amazing singer who treats his fans with...

Green Bus Service to be Launched in Quetta Soon

The Balochistan government has decided to launch the Green Bus service project...

Ex-Pakistan pacer Mohammad Amir has clarified the rumors being circulated about his...

“Flip was on point,” says Nora Fatehi as she praises popular Turkish...