US Election 2020: how much of the wall has Trump built?

In Donald Trump’s 2016 election campaign, he had promised to build a wall between the U.S. and Mexico. According to him, a concrete barrier would serve to stop what he described as a flow of illegal immigrants and drugs coming over the border. 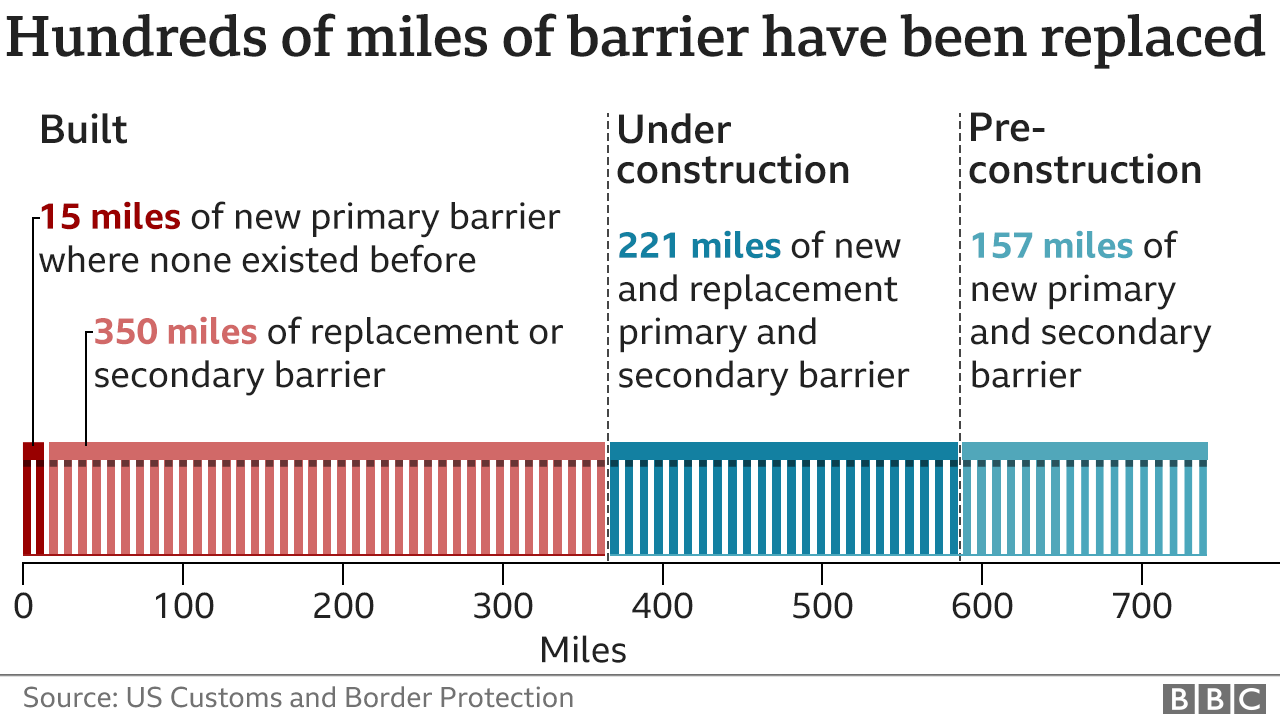 Before Trump took office, there were 654 miles of barriers along the southern border. It was made up of 354 miles of barricades to stop pedestrians and 300 miles of anti-vehicle fencing.

According to U.S. Customs and Border Protection (CBP), the southern border now comprises of 699 miles of ‘primary barrier’. They have built 15 mile of new, primary barriers in areas where no barricades existed primarily.

378 more miles of new barriers is planned to be constructed there. Trump does not differentiate between the new stretches of barriers and replacement structures. He says replacement involves, “complete demolition and rebuilding of old and worthless barriers”.

When the Military rips down an old & badly broken Border Wall in an important location, & replaces it with a brand new 30 ft. high Steel & Concrete Wall, Nancy Pelosi says we are not building a Wall. Wrong, and it is going up fast. Brandon Judd just gave us great marks! @FoxNews

What Mr Trump has actually built is far from what he promised at the start of his 2016 election campaign, when he pledged to build a concrete wall along the border’s entire 2,000-mile length.

Even after including all the new replacements and secondary barriers, Trump is still short of the target he had initially proposed.

US Election 2020: Trump and Biden target each other in campaigns