Biggest threat to Western democracy comes from within, not China: US media

People want to know who will win the 2020 U.S. Elections and take office at the White House through astronomical observations.

Three Hindu Vedic astrologers were spoken to only because Vedic astrology is backed by science, and it is based on details of an individual such as time of birth.

What is the vote?

Two of the astrologers predicted Trump taking office at the White House as the 46th U.S. president. Following are their reasons for it:

Dev Vasishtha, an Astro Scientist based in UAE and India said Donald Trump’s chart showed his potential and he can be re-elected. According to him, Trump is in the “Guru Mahadasha” or Jupiter planetary period currently.

“Trump’s Jupiter is strong. It is well placed in the second house of his astrology chart.”

The president is also said to be going through “Shani antardasha” or a sub-planetary phase of Saturn and Rahu.

“Rahu at the moment is in his 10th house of work and authority.” 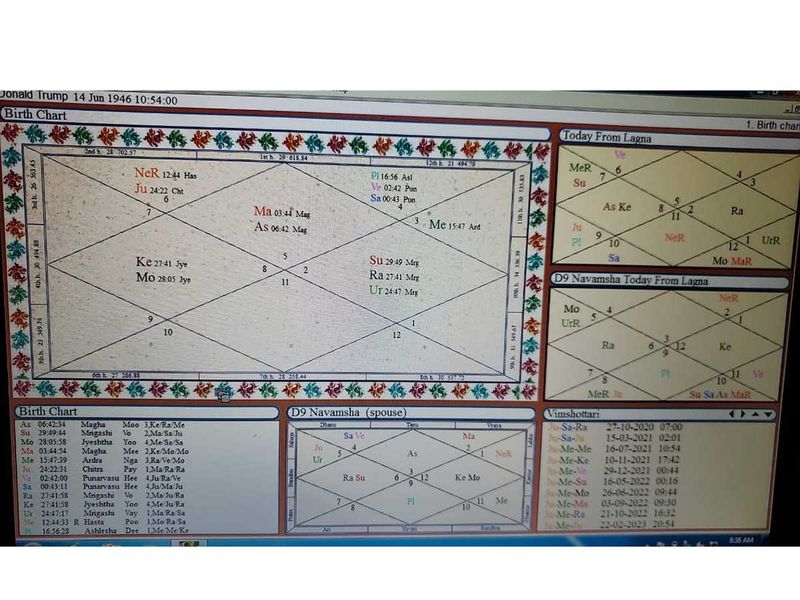 Rahu will move to a different Navamsha on October 29th, which will clear the cloud for him. The next four days will swing votes in Trump’s favor as Dev predicts.

On the day of the election results, Trump’s moon will be transiting from 10th house of work to the 11th house of gains, making it more favorable for him to win.

Democratic Presidential candidate Joe Biden’s ruling planets are Jupiter and Rahu, just like Trump’s. According to astrologer Dev, Biden’s Jupiter is favorable in his chart till 20th November.

“Biden’s Rahu is in 7th house aspecting his recognition and gains. But Mars which is his competition and Ascendant is currently retrograde. Besides, on October 29, Biden’s Rahu in the ninth division of his horoscope covers his Sun. Sun denotes power, position and authority. At the moment Sun is also debilitated and in the 12th house of loss.”

In authority and power

An astrologer based in India and Dubair, Acharya Umesh Tiwari, said that Jupiter is creating all the magic for Trump.

“Sitting in the second house Jupiter is aspecting the 10th house of his chart where Sun is placed. Sun is a planet of authority and power. And with the blessings of Jupiter, it is pretty much exalted. A person with such a yoga will be in authority and power. He will be a ruler.”

He noted that Trump is going through Saturn’s sub-planetary period.

“This will make him work hard for his job. It will give him some struggles. As you know he also tested positive for COVID-19. But his struggles will be put to rest as he has six major planets in exalted position.”

A Hindu priest and astrologer Pandit Upendra Shastri, based in Dubai has a different prediction. His belief is that Biden will take office as the next U.S. President.

“I have my reasons and they are strong. Trump’s Saturn is not going to favour him long.

Besides, Biden’s chart is looking stronger in my eyes. Biden has a Scorpio Ascendant. His Rashi is Aries whose lord is Mars. His Jupiter is placed in a fortune house. He is currently in Jupiter planetary phase just like Trump. But Biden’s Saturn is also well placed and will propel his growth. All in all, to me Biden’s chart is looking way stronger.” 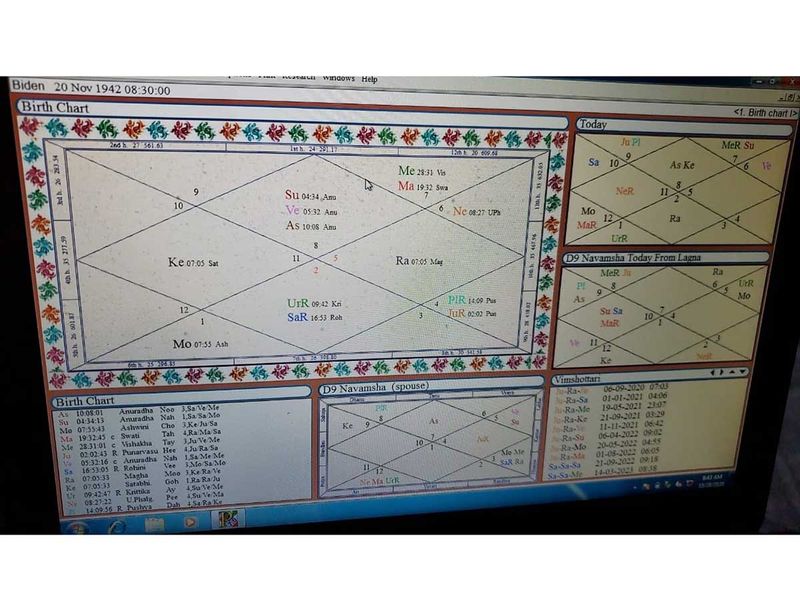 Kamala Devi Harris is the Democratic vice presidential nominee for the 2020 election. Astro gurus say that her stars are not in favor for a win.

According to Hindu priest Shastry, Rahu will give Harris several benefits as it is very strong and well placed in her charts. “Rahu is going to make her a star.”