It was reportedly a windy day with heavy rainfall in most parts of the UAE.

According to the National Centre of Meteorology (NCM), the skies across the emirates looked cloudy with convective clouds associated with rainfall of different intensities. 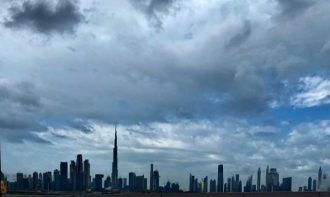 Northern and eastern parts of the country like Sharjah, Ras Al Khaimag and Fujairah especially have a chance of rainfall.

It is currently raining heavily in Dibba, Fujairah. 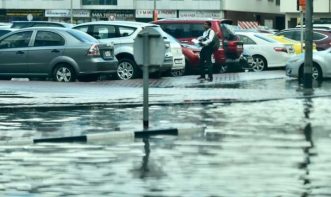 Clouds are expected to decrease as night approaches with a drop in temperatures.

The humidity is also expected to increase at night and early morning on Thursday in internal areas.

Temperatures across the UAE are expected to be in the mid to high 20s. 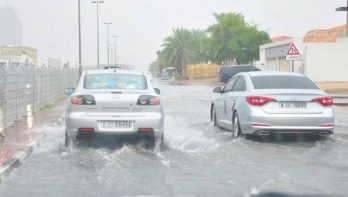 Dubai is expected to be at 25°C with cloudy skies.

The Arabian Gulf and the Oman Sea is expected to be rough at times especially as cloud activity increases.

Pakistan Should Prepare For Extreme Heat, Mercury High In Islamabad

The Pakistan Meteorological Department said the weather would remain hot and dry...

Weather In Karachi To Remain Hot And Humid Today

The weather will be hot and humid in Karachi, the capital of...

Met Department Predicts Hot And Dry Weather In Most Parts

Meteorological Department has predicted hot and dry weather in most parts of...