Have you ever wondered fish that survive without a heart and brain?

Have you ever wondered fish that survive without a heart and brain?

Jellyfish do not have brains. They don’t have hearts either, but jellyfish do have a very basic set of nerves at the base of their tentacles. These nerves detect touch, temperature, salinity, etc.

There is no shortage of strange animals on Earth, and it should come as no surprise that the vast majority of these bizarre earthlings are found underwater, given how much of the deep blue remains unexplored. This article, however, is about one particular water-dwelling creature—the Jellyfish—and its essential organs, or lack thereof Contrary to its name, a jellyfish is not actually a fish. 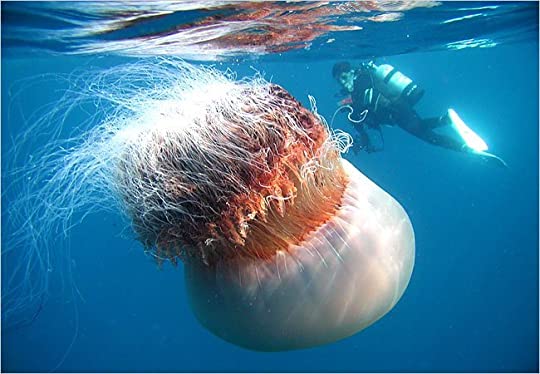 These animals are a kind of zooplankton, which translates from Greek to mean animal (zoon) wanderer (plankton). Zooplankton (and the photosynthetic phytoplankton) are a diverse group of organisms that float in water and are mostly microscopic, but some are as large as our jellyfish.⁠

Jellyfish belong to the same phylum as sea anemones and corals. These organisms on the more ancient branches of the evolutionary tree have relatively simple anatomy.

In fact, jellyfish consists of about 95% water! A good way to visualize this is that if a jellyfish had washed up on the beach, after a while due to evaporation it would disappear! and then change the end to “relatively basic! This simplicity has allowed their body plan to be relatively simple!⁠
Perhaps most remarkable is that they have no brain, heart, or stomach.⁠

At least seventeen Indian fishermen were arrested and their three boats confiscated...