Every day, paparazzi photograph actors and celebrities as they go about their daily lives. While most of the time it’s just click-click-click, now and then something fun and unique happens. Sometimes they’d say more than a few words, and other times a simple one-liner could be hilarious. Such a moment happened yesterday between Bollywood diva, Deepika Padukone, and a cameraman, as she was getting snapped by the shutterbugs, in the Mumbai neighbourhood of Santacruz. 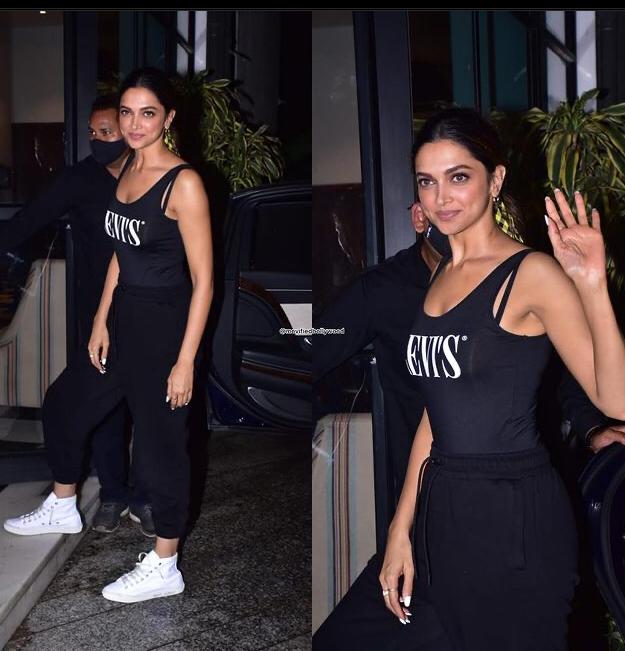 As soon as the ‘Cocktail’ actress stepped out of her car, the paparazzi began clicking her. Her name was called out, and she was asked to wait and stand for the camera. With a smile, the actress complied and even waved to the photographers. Camera operators continued to scream out to her as she entered the premises. And it was at that point that the actress experienced her ‘Palat’ moment.  It so happened that one of the cameramen said, ‘Deepika ji peeche toh dekho’ (Deepika, look back), and guess what? She instantly turned back for a second and gave the media another smile.

On the work front, Deepika has several future projects. The actress, along with Ananya Panday and Siddhant Chaturvedi, recently concluded filming on Shakun Batra’s yet-to-be-titled directorial.

In addition, she will star alongside husband Ranveer Singh in Kabir Khan’s film ’83 and Shah Rukh Khan in Siddharth Anand’s film Pathan. Deepika will also be seen in Nag Ashwin’s forthcoming film alongside Prabhas.