Emirates to resume passenger services from Pakistan from 30th June

Emirates has decided to resume its passenger services in seven countries, including Pakistan, from 30th June 2020.

An official statement has been released which mentioned, “We are pleased to announce the resumption of passenger services from Pakistan on 30th June.”

Passengers using Emirates for traveling out of Pakistan will be required to go through the Covid-19 PCR test.

According to details, Emirates will relaunch flights Khartoum from July 3; Osaka from July 7; Narita from July 8; and Athens, Larnaca, and Rome from July 5. The airline will fly to 48 destinations. 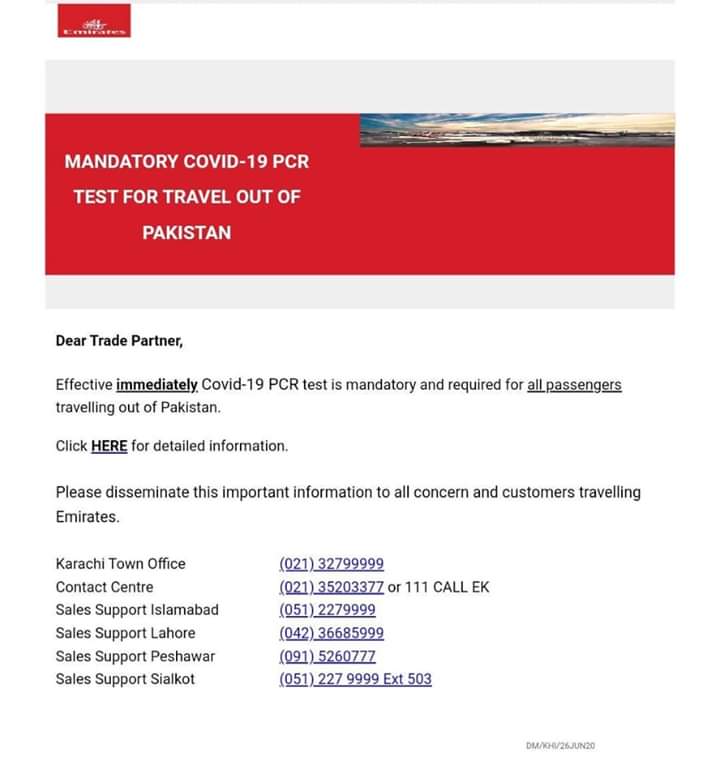 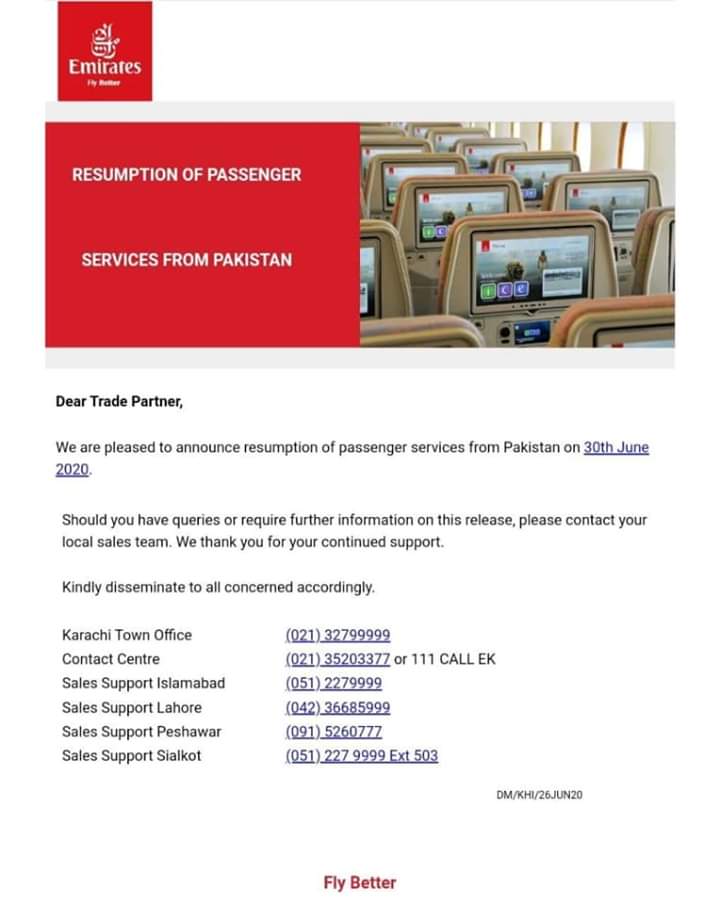