Pakistani diva Ayeza Khan and Turkish beauty Gulsim Ali became friends when they worked together for a brand shoot.

Both are often seen tagging each other on Instagram posts and commenting on photos. Their photos and videos from the shoot made rounds on the internet.

On Thursday, Gulsim Ali aka Aslihan Hatun celebrated her 26th birthday. She received love from both her Turkish and Pakistani fans.

‘Meherposh’ actress too took to the Instagram story and wished birthday to Gulsim Ali. She also shared a selfie she had with Dirilis: Ertugrul actress. 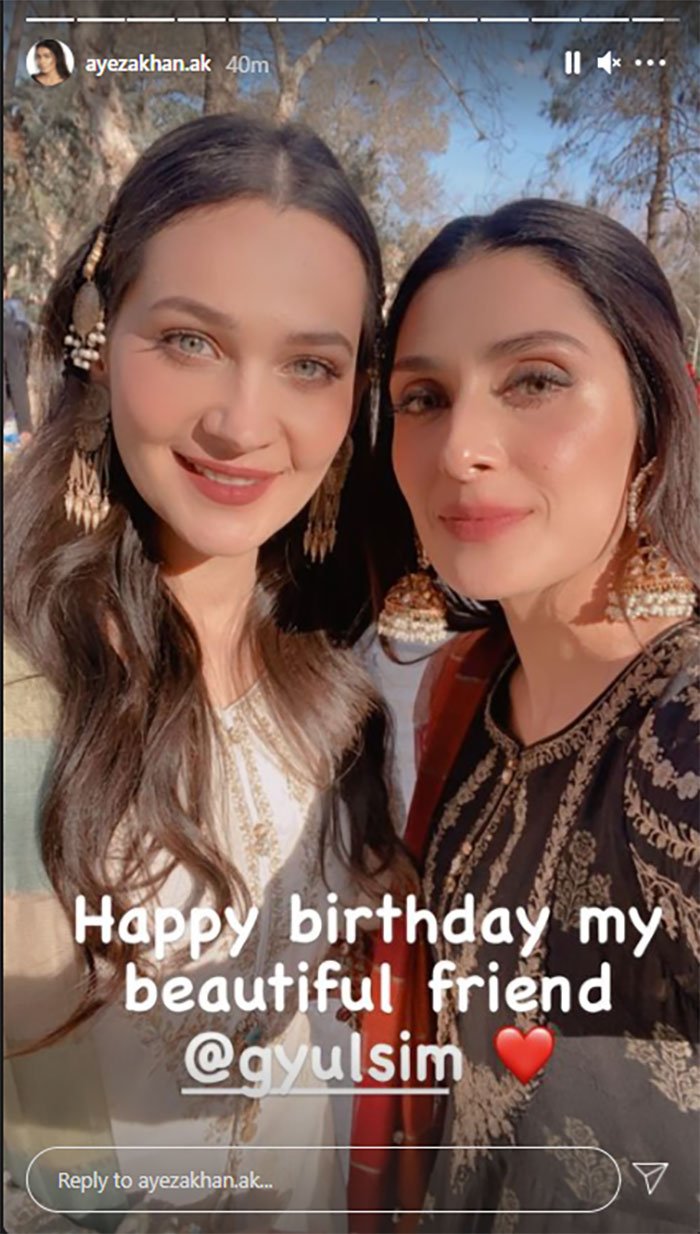 Earlier, Ayeza took to the Instagram story and shared some clicks from the brand shoot. Gulsim Ali also shared some videos and photos. Both tagged each other in their stories.