Faryal Makhdoom is under hot water for sharing two photos in different attires on social media.

Faryal Makhdoom, the wife of British-Pakistani boxer Amir Khan, is known for her chic looks and makeup line. She often shares her sweltering photos on social media.

Earlier, Faryal had shared a photo on Instagram wearing a Hijab and an Abaya. The post was shocking for many as the netizens had never seen her in such attire. Many of them appreciated the makeup mogul, whereas, there were many who criticized her for being a hypocrite.

Many of the social media users believed that Faryal had left all the glamorous life behind and started to follow the righteous path. However, in a recent post, Makhdoom was once again seen in bold revealing clothes.

Social media users bashed Faryal for her hypocrisy and advised her not to wear Hijab ever again.

“You can’t expect people not to judge you when you dress like a convertible. You give your fan following the wrong impression.”

“don’t understand you at all. one minute you’re dressed outrageously. then you’re like this” 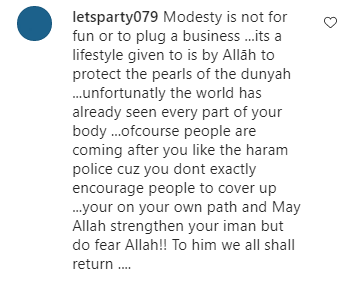 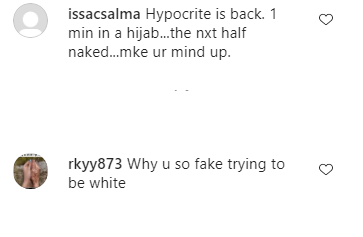 Faryal Makhdoom has stunned everyone by sharing yet another sizzling photo on...