Almost 10 days ago, only a few people knew about Dananeer from Islamabad/Peshawar. Soon after the social media influencer shared a 10-second video clip since then her fame has touched the sky. 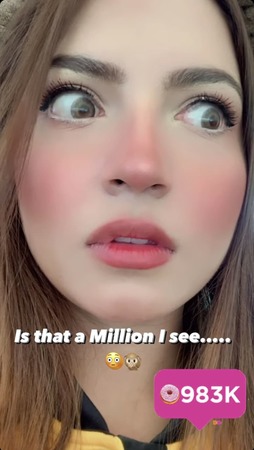 The pawri girl has appeared in several TV shows and gave interviews to many news channels including BOL News after becoming famous. 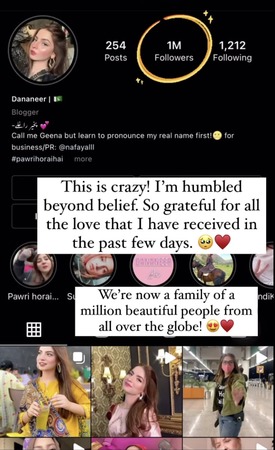 On Sunday, Dananeer added another feather to her cap as she became a member of the Zalmi family. Dananeer shared a photo with Zalmi’s owner Javed Afridi and wrote,

“I am SO excited to announce that I am now an official member of the Zalmi family!”

In an exclusive interview with BOL News, the ‘Pawri’ girl said that I really felt much overwhelmed after a number of prominent personalities recreated my viral video and made me feel really special.

She went on to add that I personally interacted with actress Saba Qamar, who was the first to recreate the viral video, in the direct messages (DMs) and she sent me much love and appreciation over my instant fame.

“It was an honor for me after several Bollywood celebrities joined in to follow the viral ‘Pawri’ trend,” added the influencer.

It is official! The viral 'Pawri' girl Dananeer Mobeen, an instantly popular...

Renowned Pakistani actress Sana Fakhar is considered the fittest actress in the...

Naimal Khawar is a true nature lover and her Instagram stories are...