Minal Khan Claps Back At A Troll

Celebrities are the easiest target for the trolls to bash them publically on social media. Many of the showbiz personalities let go of the hate comments, however, Minal Khan chooses to be different.

The Jalan actress shared her gorgeous photo on the auspicious day of Friday in an all-blue eastern attire but one of the netizens did not approve of her dress.

Despite being in eastern wear, the social media user decided to criticize her, but it backfired at the netizen as Minal Khan gave a befitting reply.

Minal suggested the troll take the moral policing somewhere else. 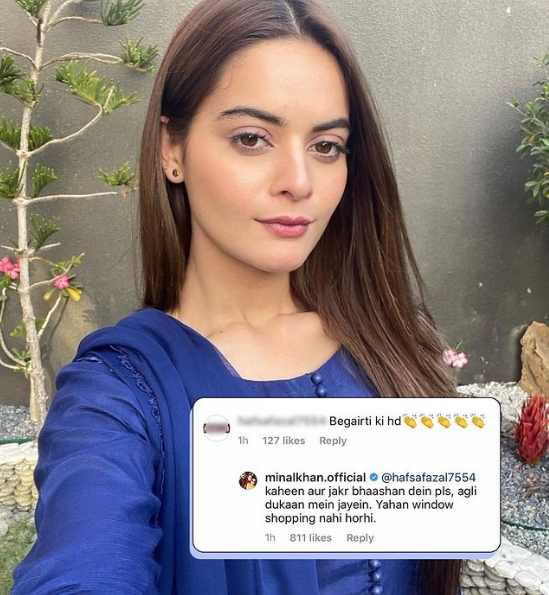 Minal Khan is an active social media user who keeps on treating her fans with mesmerizing photos and videos. Earlier, for a TV show, Minal wore a mint green outfit with a classy hair bun.

She posted a video on her Instagram after getting ready. Her sharp features, makeup, hair, and everything looked perfectly on point.

Why do Minal Khan and Saboor Aly play negative roles?

The war situation in the war-torn Yemeni region of Marib has intensified....