Google has once again made a big error as it has listed the rising Pakistani actress Alizeh Shah as actress Ramsha Khan’s spouse. 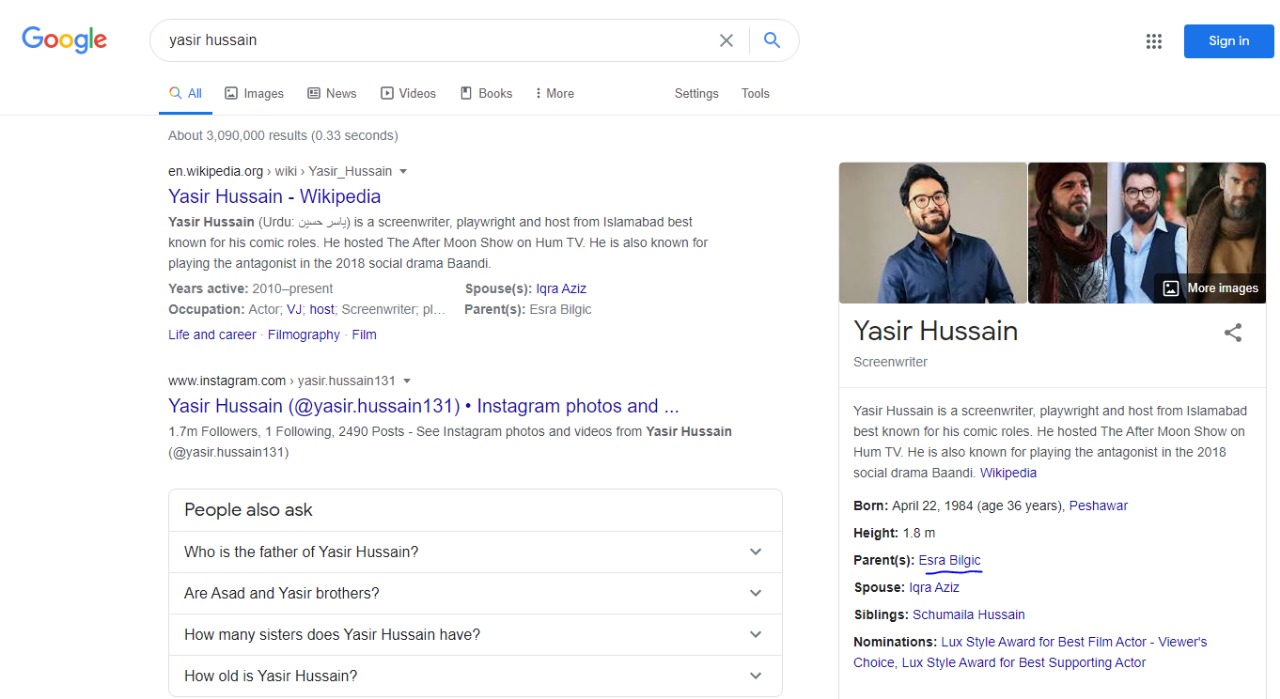 The young and talented actress Alizeh Shah has gained popularity in a short period of time. Apart from her acting skills, her beautiful big eyes and flawless skin are the biggest attraction for her fans.

Alizeh has always been the one to leave her fans impressed not only with her fantastic work but also with stunning looks.

On the other hand, Ramsha Khan is a Pakistani showbiz lovely actress Ramsha Khan, who has gained immense appreciation and love from fans in a short span of time.

Ramsha, with her exceptional performance in her hit drama serial ‘Kaisa hai Naseeban’, has added a huge count to her fan base.

Her acting prowess out-shined many of the big names she has worked with.

The gorgeous actress has already experimented with a variety of things in only her first year in showbiz; with commercials, fashion shoots, a film, and hit after hit dramas.