The most adorable couple of Pakistan’s showbiz industry Sarah Khan and Falak Shabir is winning the hearts of their fans since they tied the knot.

Undoubtedly, Sarah and Falak are couple goals as the singer is always seen busy presenting beautiful flowers to her wife.

They are the happiest newly marrieds we’ve seen in a long time!

In a recent post on Instagram, the Raqs-e-Bismil starlet shared new snaps which showed Falak presenting colourful flowers to her.

Not exactly known, but it seems like both of them are somewhere out from Pakistan and spending quality time there. 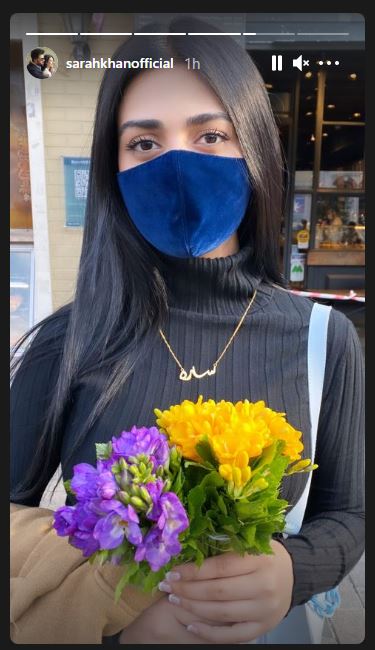 The post has garnered immense love reacts and appreciation and the netizens are gushing over the cute couple.

Earlier, actress Sarah and singer Falak had officially tied the knot in a simple wedding ceremony on July 16, 2020.

They had kicked off their wedding festivities with a stunning mayun ceremony and later shared their bliss with their fans and friends from the industry.

From their wedding day, Sarah Khan had uploaded a picture flaunting her engagement ring with the caption “I said, Yes” on her Instagram and surprised not only just her fans but the entire country.

Previously, The actress had been making the headlines for her rumoured relationship with Aagha Ali.

In response to this, during an interview, she had admitted that she had been in love with him but he “crossed the limits” that were not acceptable to her.

Who did Falak Shabir give flowers to if not to Sarah Khan?

National Highways and Motorway Police on Tuesday morning informed that all motorways...

Amitabh Bachchan is recalling memories he had with the late Rishi Kapoor....