Actress Sarah Khan was diagnosed with typhoid in Turkey. Her husband Falak Shabbir had revealed the news to fans.

Sara’s manager had said that she had contracted typhoid, she was suffering from a high fever and vomiting due to typhoid which is why she was admitted to the hospital.

However, Sabaat actress recently shared a story on her Instagram in which she wished Ramadan Mubarak to her followers. 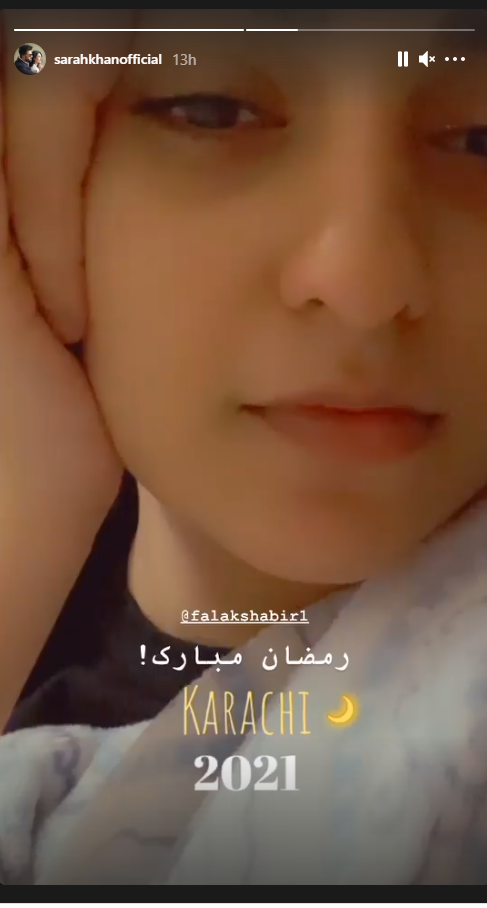 Her husband shared the same story and revealed that she is feeling better now. He also thanked everyone for their wishes and prayers.

Ali Zafar Has A Special Message For Indians & Pakistanis

As India and Pakistan are battling with the deadly coronavirus, Pakistani singer...

On Thursday, veteran actress Atiqa Odho has requested her fans and followers...