A new video of the Raees actress is making rounds on different social media platforms in which the actress can be seen enjoying an impromptu car jam session on her famous drama OST “Woh Humsafar Tha”.

In the video, the Superstar actress can be seen donning a casual black shirt paired with blue jeans. What caught people’s attention was that Mahira was not wearing the seatbelt.

However, Mahira on her Instagram story advised people to “Wear a seatbelt while driving, please. We are just going around the block around my place.” 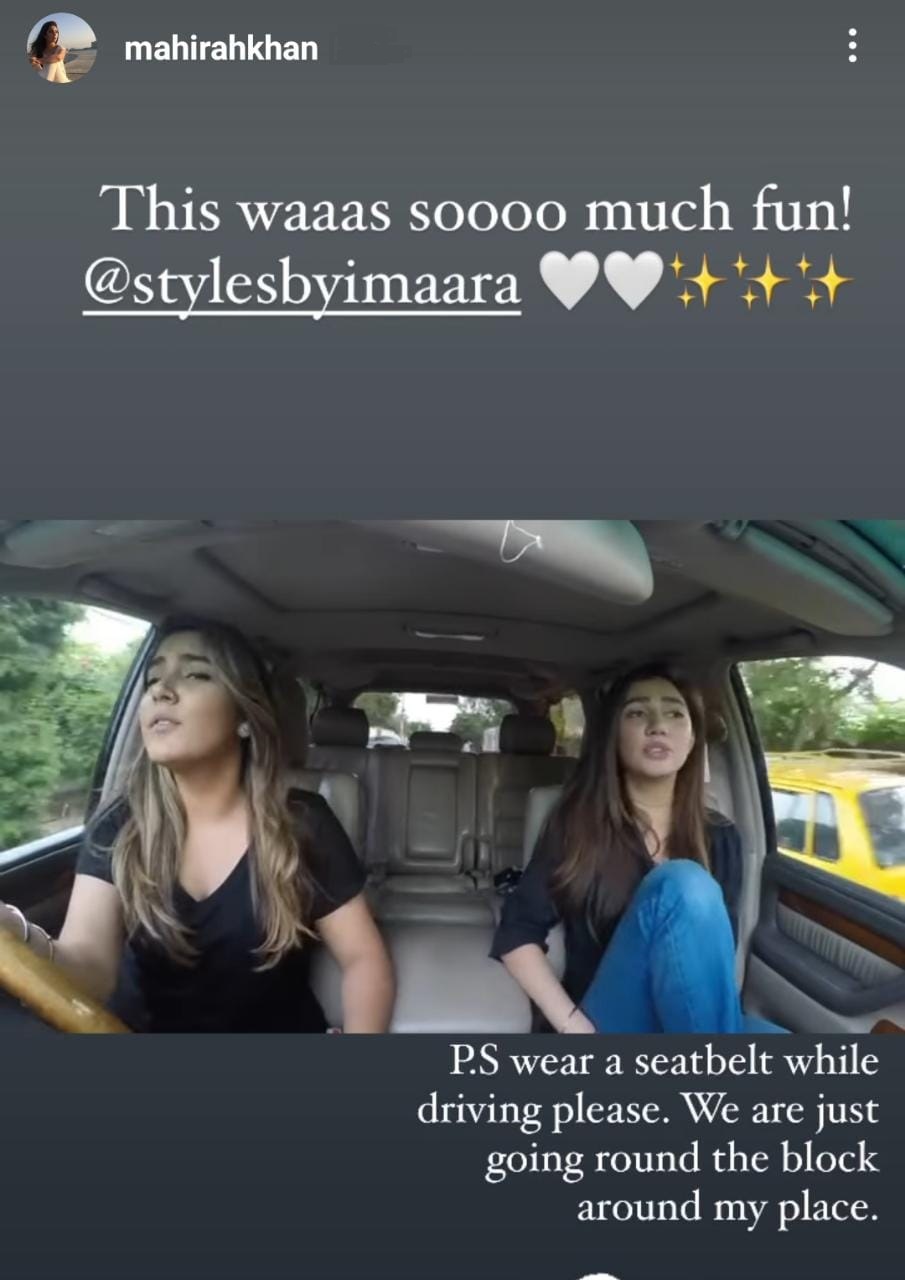 Earlier, Mahira Khan shared a beautiful, simple, without a make-up photo of herself in which all the moles and pores are clearly visible on her face. Her brown eyes are what seem to captivate fans.

The young and talented actress of Pakistan's entertainment industry Alizeh Shah has...

Pakistan's heartthrob Ahad Raza Mir has shared a childhood photo with his...

Latest Dollar Rate In Pakistan Today For, 10th May 2021

Today’s USD to PKR (Dollar price in Pakistan today 2021) exchange rate given below....