The mystery surrounding the appearance of a new Hollywood-style sign in Wrexham has finally been solved. 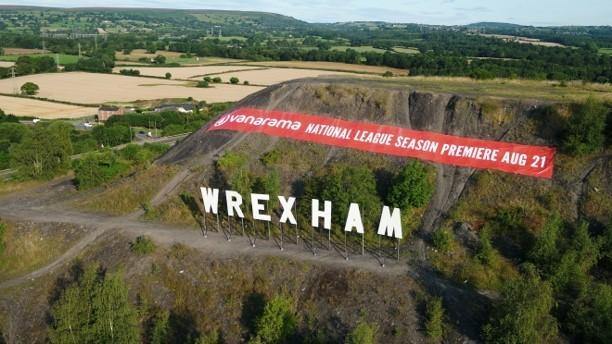 People in the vicinity have speculated about who might have put the sign up on the Rhostyllen slag heap, with some suggesting it has something to do with Wrexham AFC’s new celebrity owners Ryan Reynolds and Rob McElhenney.

This popular theory, however, was dismissed when Reynolds denied any involvement. The actor took to social media to dispel the rumours, saying he wished he had thought of it first.

After days of speculation, Vanarama, an online car leasing company, has claimed ownership of the sign, with banners advertising the company placed beside it on Friday morning.

Andy Alderson, CEO of Vanarama, stated, “I can confirm that we are behind the Wrexham sign that has been on the lips of the nation since Monday. We are overwhelmed by the wholly positive support that the now firmly established landmark has received.”

While the reveal may lack Hollywood glamour, there is still a link with Wrexham’s football club and its celebrity owners.

The company is a sponsor of the National League, which Wrexham’s new owners hope to win this season.

LAHORE: Speakers at a seminar have accused the present regime of ‘strangulating’...