WATCH: Ayesha Omar gets trolled for wearing a revealing outfit

WATCH: Ayesha Omar gets trolled for wearing a revealing outfit

One of Pakistan’s most famous actresses, Ayesha Omar earned a lot of flak for wearing a see-through outfit on Independence Day.

The Bulbaly actress shared photographs of herself dressed in white and green for Independence Day on Instagram. In the photos, she was seen wearing a lovely white traditional dress with a green dupatta. 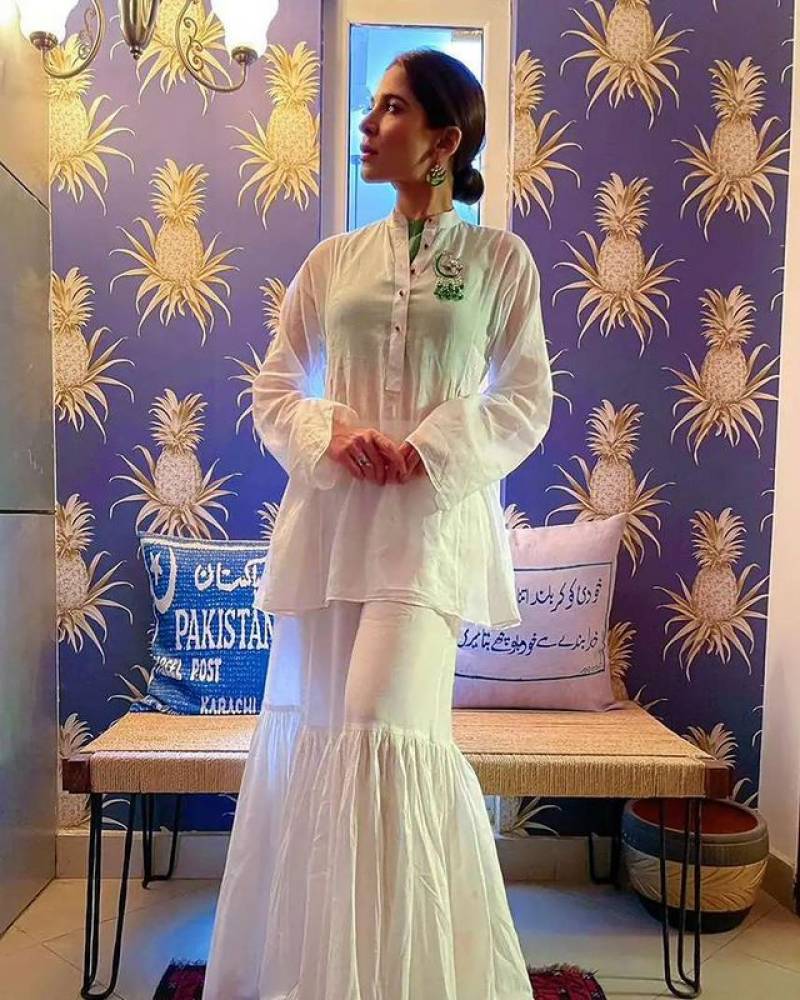 Her dress was a little see-through, and the fabric made the green inners she was wearing beneath it more evident.

Netizens were quick to criticize her after her photos were uploaded on various social media platforms.

The Warsi International Organization has given Ayesha the Tamgha-e-Fakhr-e-Pakistan (Pride of Pakistan) award. She has also demonstrated her singing ability by releasing her first two singles, “Chalte Chalte” and “Khamoshi.”

In addition, she won the Lux Style Award for Best Album. She made her cinematic debut in the romantic comedy Karachi Se Lahore and a supporting role in the films Yalghaar and Kaaf Kangana.

Maya Ali and Abeer Rizvi both divas are the style icons for...