As Ahsan Mohsin Ikram is celebrating his birthday today, wifey Minal Khan, along with other family members threw a lavish birthday dinner last night for his hubby.

A clip from the birthday celebration is doing rounds all over social media which showed the actress sitting on Ahsan’s lap, accompanying him while he cut his cake. But, the keyboard warriors couldn’t handle this public display of affection at the restaurant as began bashing the new couple in town.

A bundle of distasteful comments flooded the happy post shared on Instagram. Some of the trolling was fine but others simply dubbed the video “waahiyat”, “indecent” and “over” while slamming Minal.

Here are the public reactions to Minal-Ahsan’s PDA-filled moment: 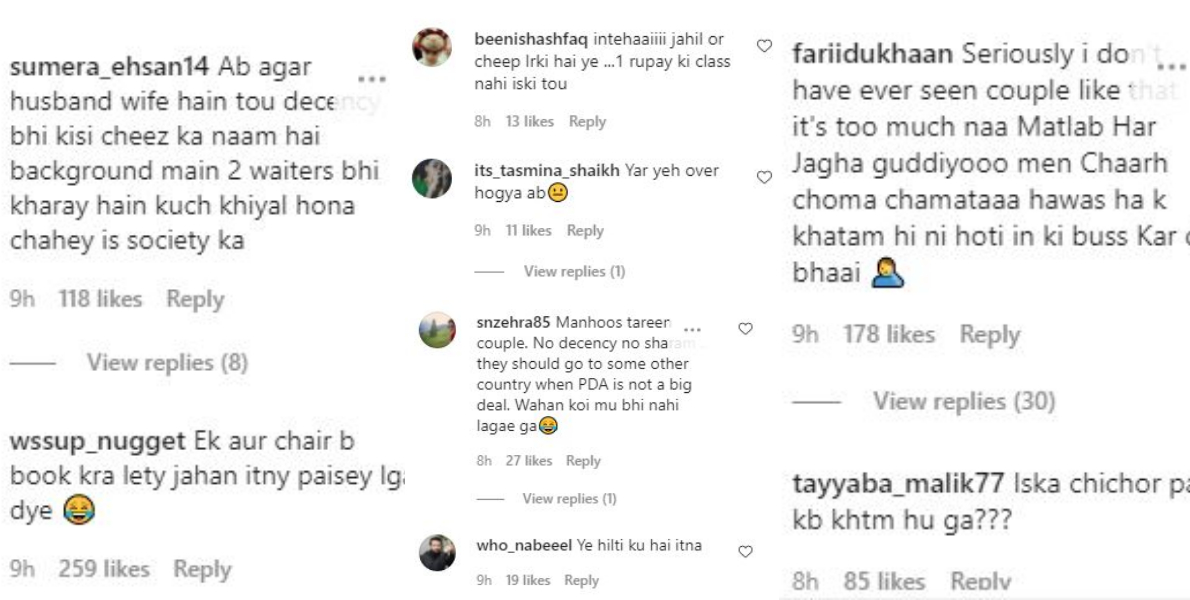 Minal and Ahsan threw a grand reception for their friends, fellow stars and family members.

The lovebirds, who tied the knot on September 10, looked straight out of a fairytale at their reception. The internet was flooded with exuberant function.

For the day, the actress slipped into a head-to-toe off-shoulder ivory tail gown which was absolutely breathtaking. She wore soft smokey eye-makeup with a touch of ivory glitter. The stunning and delicate diamond neckpiece with earrings were enough to adorn her entire exquisite look. 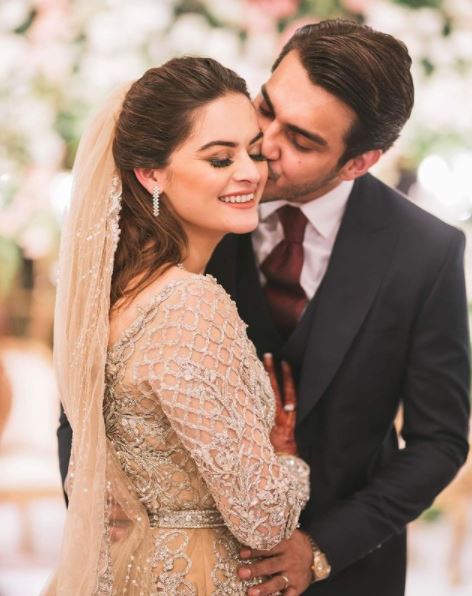 The celebrity couple got engaged earlier this year and announced their wedding last month.