In the Pakistani entertainment industry, Aiman Khan and Muneeb Butt are well-known celebrities. The couple married in 2018 and have a 2-year-old daughter named Amal Muneeb.

Last night, the duo was spotted visiting Aiman’s sister Minal Khan and Ahsan Mohsin’s Valima ceremony. On social media, adorable photos of their lovely family have been surfacing. Let’s have a look at the pictures below. 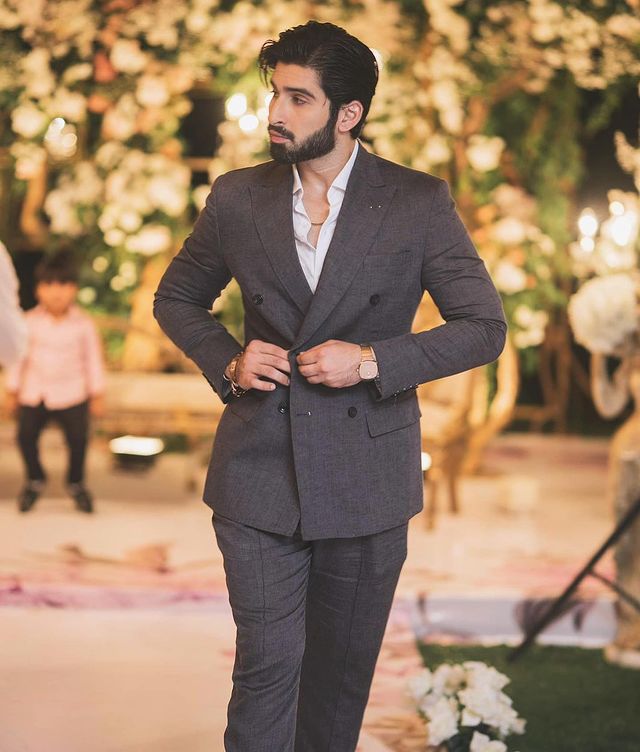 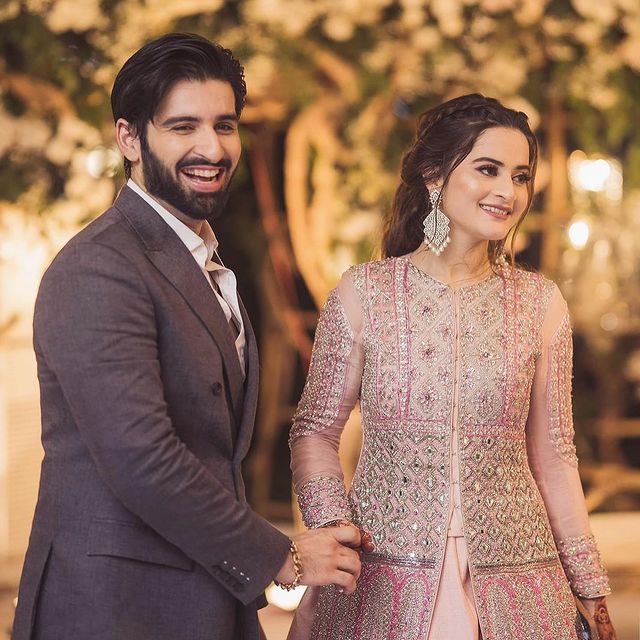 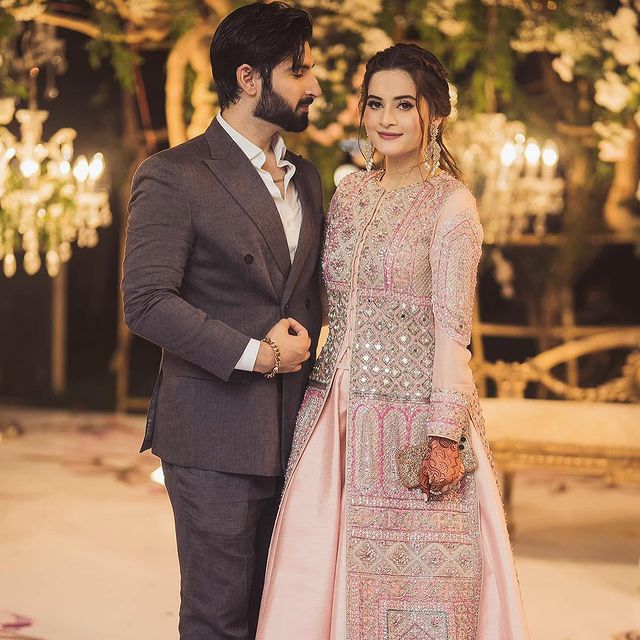 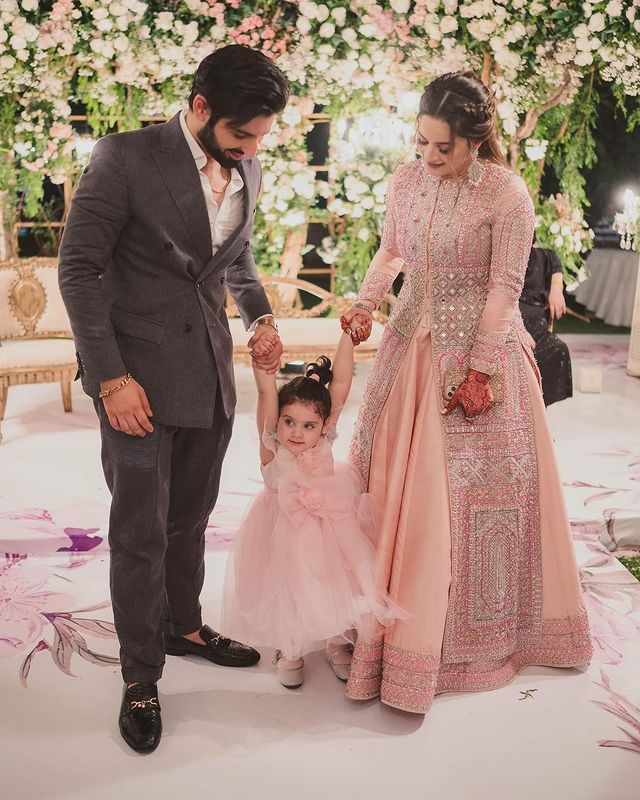 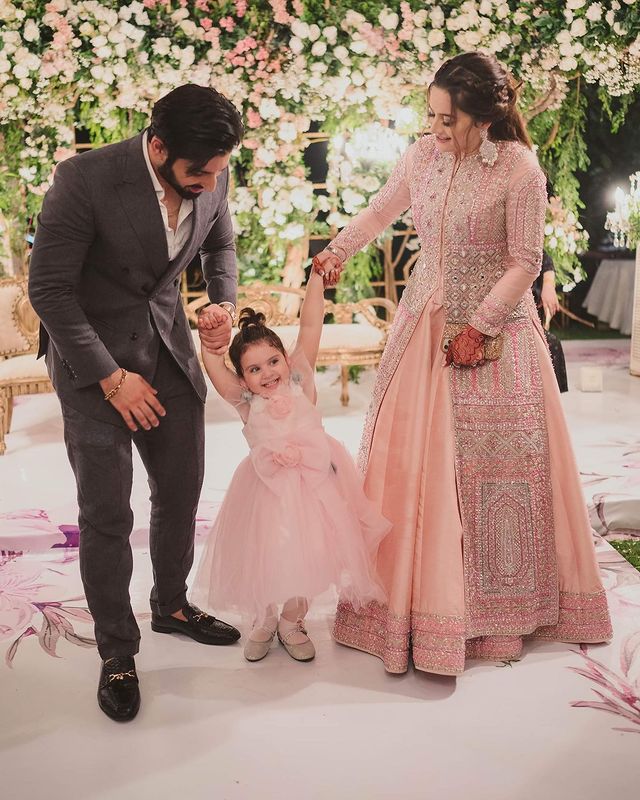 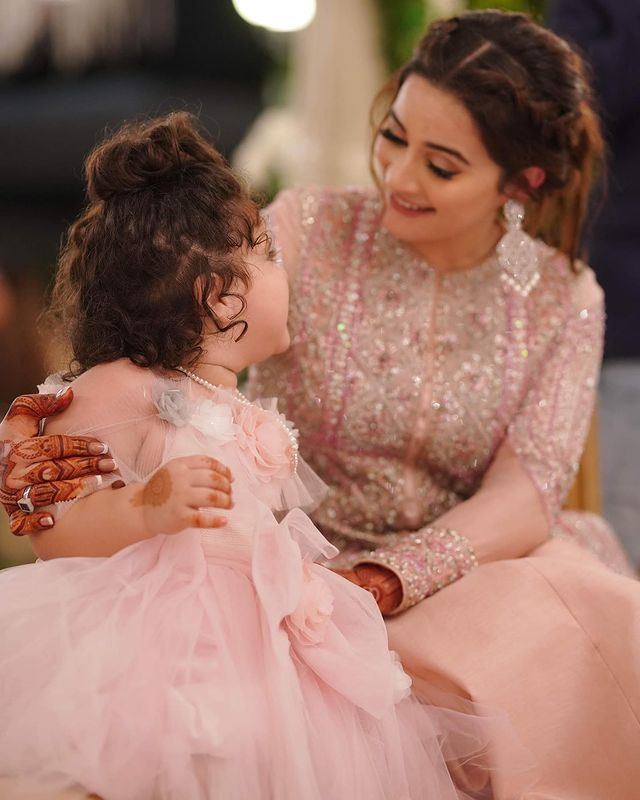 Actress Minal Khan has officially tied the knot with Ahsan Mohsin Ikram and the couple is officially married now. The couple is stepping towards their new journey after a formal engagement in June and Dholki, Mayun events.