Minal Khan Father in law defends her against trolls

Imran Ashraf – From Adnan to Bhola

Here's the first glimpse of Usman Mukhtar, wife from their daytime wedding

Minal Khan Father in law defends her against trolls

As Minal Khan and Ahsan Mohsin Ikram’s families continue to share moments from the wedding, trolls came after them. Minal Khan clapped back at a troll who said Minal Khan’s family was chasing his money. This negativity emerged in a video he shared from his son’s ‘joota chupai’.

This isn’t a new wedding tradition; we’ve all done it at family weddings. Giving the kids money is supposed to be an enjoyable way for the two families to bond. However, one troller ruined the mood by claiming that this was Minal Khan’s family who is after Ahsan Mohsin Ikram’s father’s money. 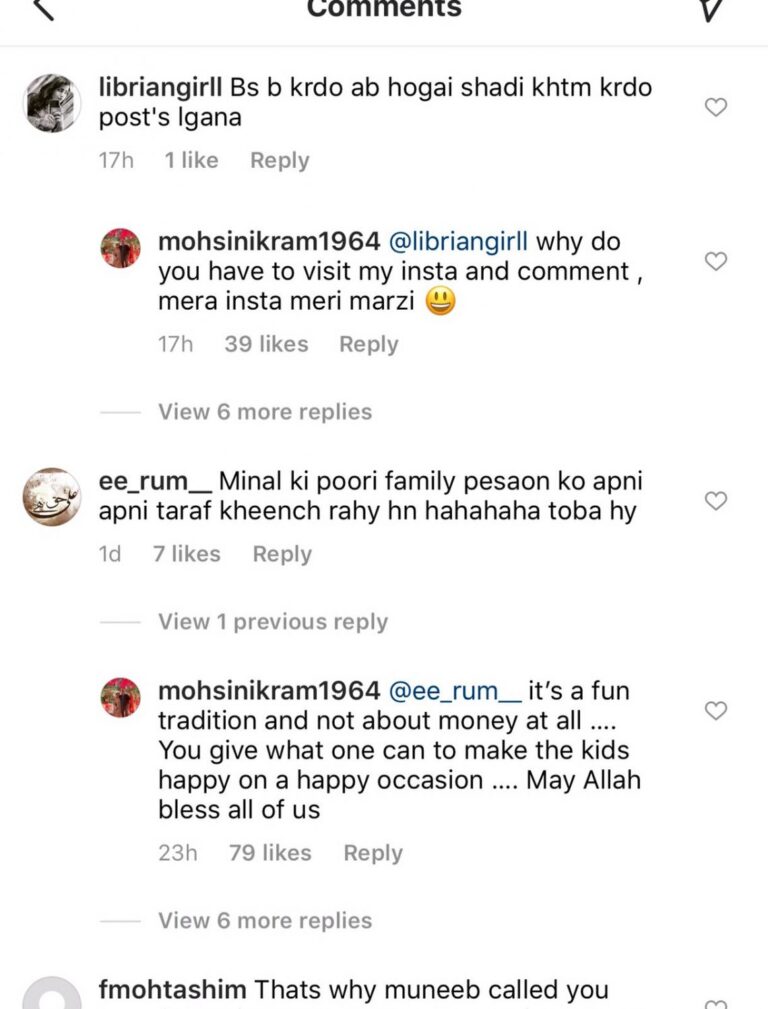 Minal Khan and her husband Ahsan Mohsin Ikram have arrived in the...

Amar Khan is one of the gorgeous and promising actresses in the...

Ayeza Khan in bridal lehenga sets ooze elegance like no other

The recent controversy of Ali Azmat brought him in the spot of...