Is Melania Trump counting the minutes to divorce Donald Trump?

Is Melania Trump counting the minutes to divorce Donald Trump?

Donald Trump has suffered defeat in the Presidential election. But things seem to be getting worst in the future between Melania Trump and Donald Trump.

Rumors are being spread on the internet that US former lady and wife of Donald Trump is likely to divorce her husband.

Republican Trump’s former aide Omarosa Manigault Newman has reportedly claimed the 15-year marriage was coming to an end, adding: “Melania is counting every minute until he is out of the office and she can divorce.”

Melania is said to have shed tears when Trump was elected in 2016. One friend has said, “She never expected him to win”.

Newman has written an explosive book Unhinged, showing a behind-the-scenes look into the Trump administration and his third marriage.

“It’s a very strange marriage. I’m very cautious to comment on the dynamics of marriage because you never know what goes on behind closed doors,” she told the show.

“But I have known this couple since they were dating, they got married a year after The Apprentice aired.

“What I have observed in the last 17 years would make your head spin. Sometimes they like each other but sometimes she (Melania Trump) is repulsed by him.”

She claimed that footage which appeared to show the First Lady snatching her hand away from her husband as they left Air Force One following the presidential debate last week proved her claims. 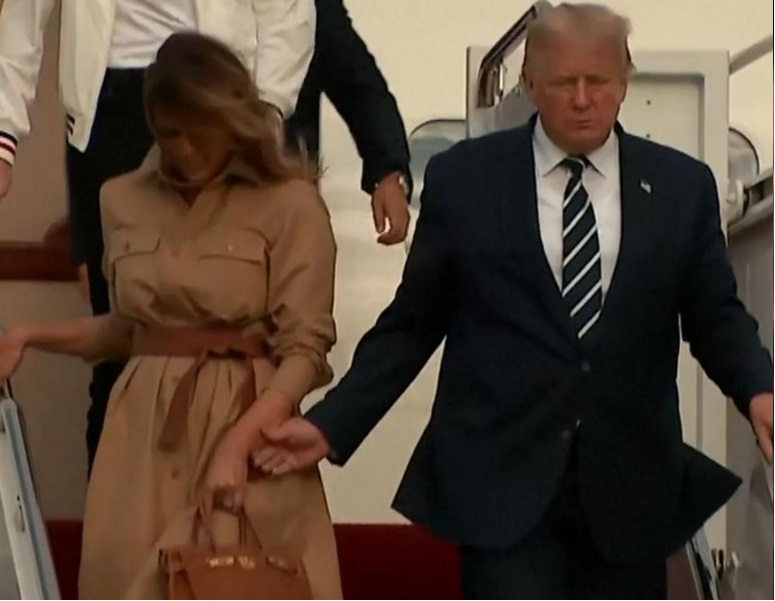 Ms. Newman claimed that the First Lady’s feelings for her husband were made clear when she appeared to pull her hand away from her husband as they disembarked Air Force One after the final presidential debate.

“After 20 years in politics I can say it makes me really sad to see the division in our nation,” she said.

“I expected we would unify the country in some way, but I can honestly tell you Donald Trump has squandered that opportunity.

“There is so much negativity in the country, I cannot wait to see new leadership and someone who will take our country forward.”

Ms. Newman first met Donald Trump and Melania in 2004 when she appeared on reality TV show The Apprentice, which Mr. Trump hosted.

Donald Trump has rejected the election results right after US broadcasters CNN,...

KATHMANDU: Nepal has restarted visas on arrival for vaccinated tourists as South...

China is bringing forces to combat cryptocurrency operations in the state

The government of China is getting very serious about the crypto industry...

LONDON: The UK government on Friday urged the public against panic-buying as...