Japan: Princess Mako is to marry this month. Princess is set to marry on 26th of October 2021.

Japanese princess is marrying commoner Princess Mako to give up $1 million payment ahead of wedding willingly as she’s going to lose her royal status.

The couple’s wedding was postponed which was originally scheduled to take place in 2018, after reports of financial difficulties in the family of the Japanese princess’s beloved Komoro.

The couple is expected to move to the United States after the marriage where hopefully Mr. Comoro will be working as a lawyer.

The local media is covering the couple’s transportation and according to the news agency the princess is facing post-traumatic psychological stress due to the unwarranted coverage of Princess Mako and Komoro’s family in the media for years.

Due to intense pressure to have a family heir. His aunt, Queen Masako, has also been suffering from a stress-related illness.

Comoro first met in 2012 at the International Christian University in Tokyo. They got engaged in 2017 and were scheduled to get married the following year. 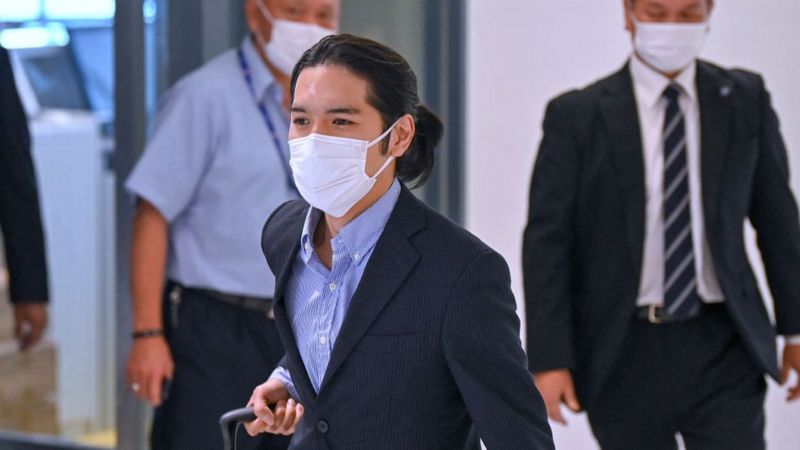 However, rumors have been circulating that Komoro’s mother is facing financial difficulties. She reportedly borrowed some money from her ex-fiance which she could not repay.

According to reports, Princess Mako will give up 13 1.3 million to the royal family after the marriage.

It is the Japanese royal tradition, that money has to be given to a member of the royal family when they leave the palace.

She is also expected to abandon the royal family’s wedding traditions at her wedding. If she sacrifices both royal rites and money, she will be the first woman in the Japanese royal family to do so.

ISLAMABAD: Pilgrims wishing to perform Umrah will no longer be required to...

Neha Kakkar and Rohanpreet celebrate their first anniversary on a dreamboat

On a boat, Neha Kakkar and Rohanpreet Singh enjoyed their wedding anniversary....

Usman Mukhtar is a great entertainer and filmmaker. Before becoming an actor,...